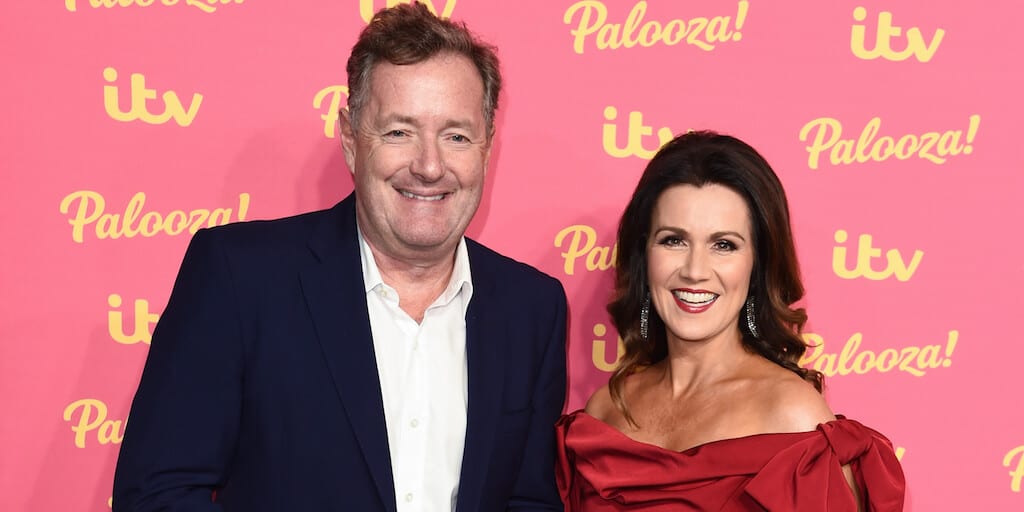 Piers Morgan is seemingly infuriated with the growing popularity of veganism. In today’s edition of Good Morning Britain, the outspoken TV host objected to vegans using the word burger, which according to him describes a meat product.

The verbal spat ensued after reports of fast-food giant McDonald’s planning to release a vegan and plant-based line of items from next year emerged.

“The McPlant, the meat-free range which is total nonsense,” Morgan said before continuing to say that the chief executive of the National Beef Association declares that “[McDonalds] should stop using the term burger to describe the new product, because it’s false marketing; it’s not a burger.”

Reid interjected saying that “a veggie burger is a burger” before explaining that “burger doesn’t have the word meat in it, it’s not a meaturger, it’s a burger,” she continued.

Morgan rebuffed her comment saying: “Absolutely a burger is a meat product and so is a sausage.”

He then went on to ask: “Why do vegans want to use our language?

Reid hit back responding “What do you mean, OUR language? Are we allowed to use the word food or is that your language?”

Morgan trying to defend his side of the argument said that vegan and vegetarian products are not allowed to use meat language in France. “They think it’s a con,” he explained.

Reid dismissed his comment replying: “Good for them in France. Over here in the UK, we took back control of our burgers and of our vegan products.”

She then went on to read the definition of the term burger, which states that a burger is made of meat or other food made into a round, fairly fast shape, fried and usually eaten between two halves of a bread roll.

“I think you’ve just been comprehensively dismissed,” she commented as Piers was left wanting to defend his point of view once more.

While  Morgan is still not convinced about  the term burger being associated with vegan products, the EU finally voted to reject the ‘veggie burger ban’.

MEPs voted down the proposed veggie burger ban amendment – with 379 against, 284 for and 27 abstentions – after deciding that consumers are not misled by vegan meat names.

This means plant-based products are free to use names typically associated with meat products, such as ‘burger’ and ‘sausage’.

Morgan, who often speaks out against veganism, recently lashed out at Rudy’s Vegan Butcher, which opened its doors as the first permanent vegan butcher shop in the United Kingdom on 1st November (World Vegan Day).

Morgan posted a picture of the vegan butcher shop on his Instagram and captioned the post: “What fresh hell is this? Utterly ridiculous.”

However, the vegan butcher, which offers a slew of plant-based meat items including plant-based smoked ham, salami de Provence, pepperoni, and pastrami along with animal-free alternatives to ribs, lobster salad, bacon, burgers, chicken liver pate, and Christmas turkey among others, had such a phenomenal turnout that it sold out of products on opening day.

Share this story to let others know about the growing popularity of plant-based foods.