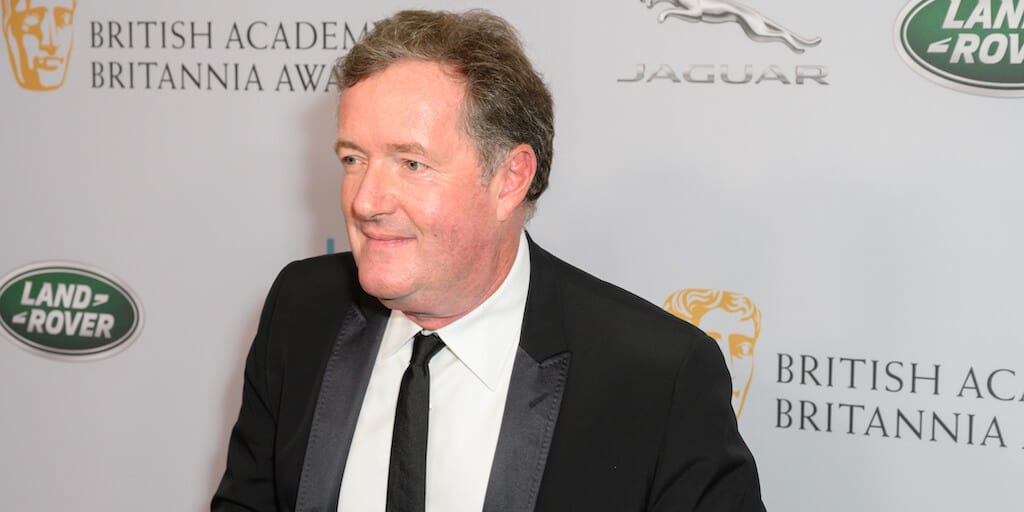 “What fresh hell is this?”

This time, the controversial TV host has lashed out at Rudy’s Vegan Butcher, which is set to open as the first permanent vegan butcher shop in the United Kingdom on 1st November (World Vegan Day).

Morgan posted a picture of the vegan butcher shop on his Instagram and captioned the post: “What fresh hell is this? Utterly ridiculous.”

While vegans of course hold the opposite opinion about the new plant-based butcher shop, vegan Instagram users can’t help but thank him for the free advertising.

One user said: “This looks awesome! Thanks for the free publicity for this place!” with many others echoing the same sentiment.

“I can’t wait for this to open,” another commented alongside a string of heart-eyes emojis.

Others were confused by his anger at the idea of a vegan butcher.

“I don’t know what’s so ridiculous about having the option to go to a vegan shop. This post is ‘utterly ridiculous’,” a third user commented.

Earlier this month, he declared “the world’s gone nuts” after Eastenders – a popular UK Soap Opera – reportedly hired an ‘eco-consultant’ to cut the show’s carbon emissions.

According to The Sun: “All food now shown on air is vegetarian. This means Quorn sausages and bacon, and some sort of kidney bean concoction for black pudding.”

Speaking to the tabloid, an insider revealed: “Like everyone these days, EastEnders’ bosses want to do their bit for the environment and this is all part of a massive ongoing drive to reduce carbon emissions.

“It means less food is wasted as veggie or vegan items can be re-heated — and obviously pigs, cows, and sheep aren’t being slaughtered.”

While Morgan continues to rant away about veganism, Rudy’s Vegan Butcher shop and popular food account Vegan Food UK have teamed up for an exciting giveaway, with a selection of Rudy’s vegan cuts of ‘meat’ as the prize.

The competition, which involves liking the giveaway social media post, following both the accounts on Instagram, and tagging friends, ends at midnight on 31st October, and the winner will be announced on 1st November, World Vegan Day.

Share this story to let others know about Rudy’s Vegan Butcher opening its doors on 1st November.