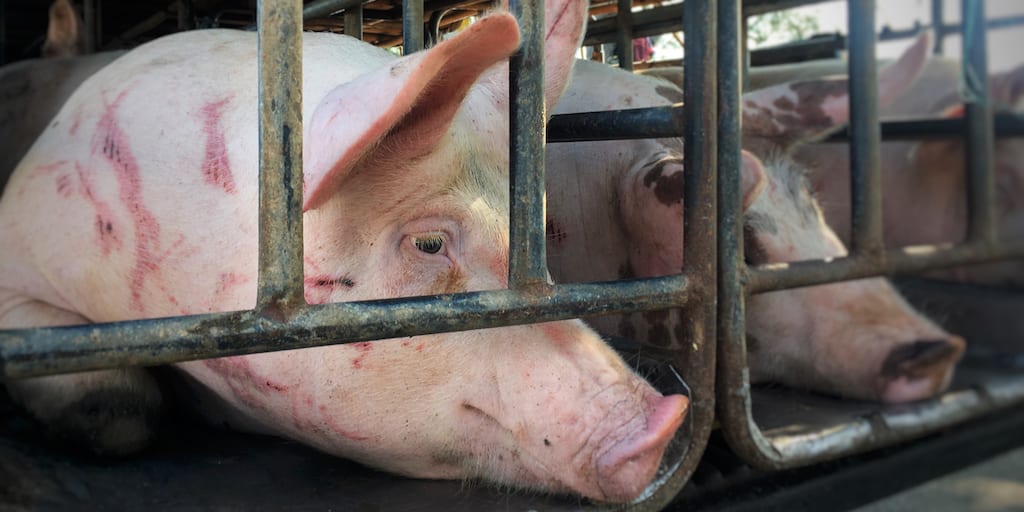 Inspectors at slaughterhouses in the Netherlands regularly witness pigs being drowned alive in boiling water, a new document has revealed.

The report from the country’s food safety organisation the NVWA reveals how inspectors often see animals kicking and screaming in pain in their final moments.

Inspectors reported that pigs were not killed in the appropriate manner and would have therefore suffered extreme stress and pain.

Standard slaughterhouse regulations require employees to ensure pigs are unconscious before they are placed in boiling water. But the report revealed that on many occasions they were conscious and aware of their surroundings.

The inspector wrote: “The pigs must be dead at this stage. I saw a pig lowered into the hatchery tank and be submerged in the hot water of about 60 degrees. The animal went berserk to such an extent that water gushed over the tank.

“The subsequent animals that went into the tank were not dead either. I saw several pigs thumping with their hind legs. I also saw that a pig threw it head back and started struggling violently. The animal was still alive.”

The extensive document revealed widespread neglect and abuse in the pork industry. Inspectors found pigs living in their own excrement, while others were violently beaten and had terrible infections which left them unable to stand.

Large slaughterhouses in the Netherlands are required to have a permanent inspector working at the premises. They are required to report any violations they witness, but activists say the report proves the need for CCTV as a minimum requirement.

Varkens in Nood said in a statement: “The only solution is independent camera surveillance on every slaughter line. And a slaughterhouse that still goes wrong more than once must be closed immediately.”

Share this story to reveal the truth behind the pork industry. What regulations should be introduced to prevent animal abuse? Share your thoughts in the comments section below!