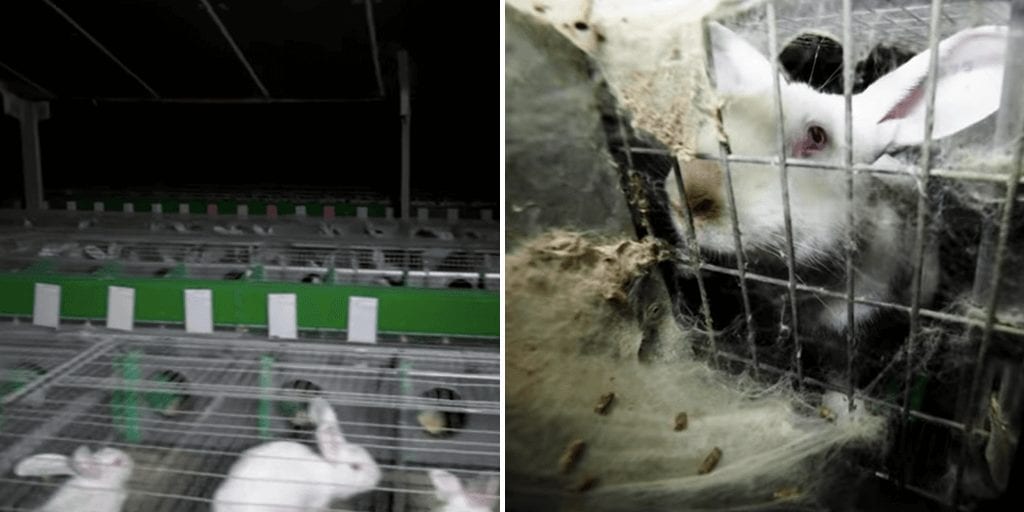 This week, a French animal rights group released an undercover investigation exposing the squalid conditions in which rabbits are bred at a farm in Brittany’s western region.

The group hopes the exposé released ahead of a parliamentary debate on proposed animal rights legislation will serve as an impetus for French MPs to revisit animal welfare laws in the country.

Graphic images captured by L214 Éthique et Animaux’s latest show rabbits crammed into small cages arranged in long rows, some of which were covered in cobwebs.

Other shots captured show rabbits covered in filth or dead in trash bins.

According to the animal advocacy group, 99% of rabbits in France live in intensive breeding farms and nearly 25% die during rearing processes.

The group said nearly 300 rabbits die weekly at the farm under investigation.

Describing the horrible conditions, Sébastien Arsac, co-founder and spokesperson of L214, said: “The floors are grills and there’s not enough space for the rabbits to stand.

“The rabbits spend their whole lives in this building, with no possibility of stepping outside. By the time they are sent to the slaughterhouse, they will have never breathed fresh air, felt the rays of the sun or lived the life of a rabbit.”

He added that loopholes in the legislation allow such farms to continue abusing animals without any accountability.

“There are laws for hens, cows and pigs, but not rabbits,” Arsac said.

“It’s very difficult to take legal action against a rabbit farm. The general regulations on mistreatment of animals could apply, but these are really conditions of structural mistreatment. The animals’ living conditions are the problem.”

The proposed law that will be discussed at the National Assembly this week contains four parts, of which two pertaining to a ban on breeding minks and a ban on using wild animals in circuses and dolphin aquariums has already been approved by French Minister of Ecological Transition Barbara Pompili.

The other two measures to be discussed include a ban on the most-cruel hunting methods such as Hunting with hounds, underground hunting, glue trap huntings etc and banning the intensive breeding of animals.

Arsac added: “The release of images of the rabbits is so that MPs can debate and vote on the proposals with a clear image in mind of the realities that animals face.

“If we’ve released these images, it’s to show what intensive farming looks like.”

You can learn more about L214’s work here.

Share this story to let others know about the cruelty rampant in mass animal-breeding industries.