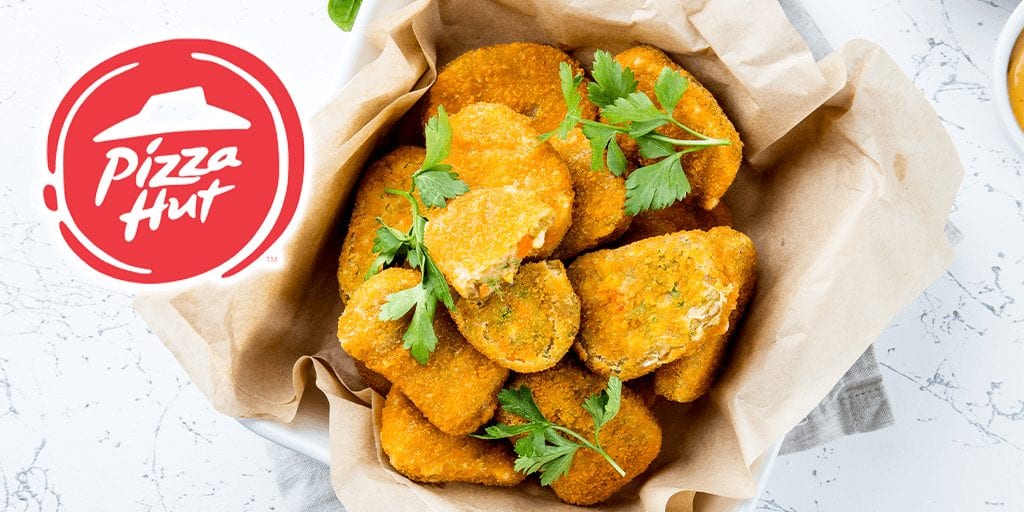 “Our commitment of making it easier for more Aussies to share good times continues, now through more inclusive menu choices. After all, everyone is a Pizzatarian.”

This new addition to the brand’s WingStreet range is a first for Pizza Hut both in Australia and globally.

@pizzahutau have dropped a new VEGAN menu item in the form of Vegan Chicken Wings 😍 Who’s heading in to try them? #veganaustralia #australianvegans

The Vegan ‘Wings’ are made using wheat protein to impart a “meaty texture”, making them perfect for those following a plant-based diet or wanting to reduce their consumption of meat.

An order of these wings comes with the choice of one of their five vegan sauces, including chipotle, hot chilli, buffalo, smokey BBQ, and hickory and brown sugar.

Pizza Hut has been expanding its plant-based menu across the globe to meet increased consumer demand for cleaner, more sustainable options.

“Our commitment of making it easier for more Aussies to share good times continues, now through more inclusive menu choices. After all, everyone is a Pizzatarian.”

While the product is vegan, the restaurant chain adds a disclaimer on its site, which reads: “We cannot guarantee that all vegan products will be 100% free from animal products or animal derived products.

“Vegan products may contain traces of meat, dairy or other animal derived products due to cross-contamination during store operations.”