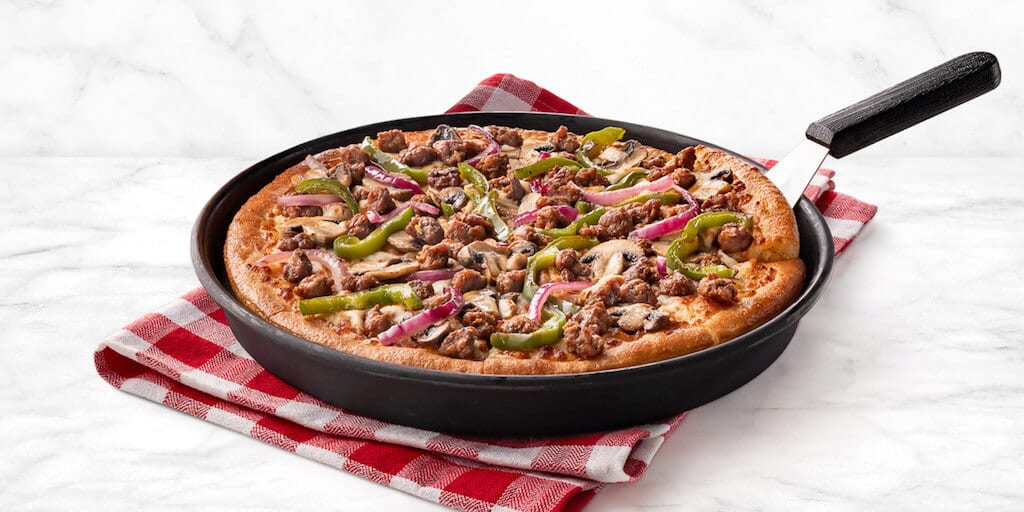 The fast food chain is introducing four new ‘Beyond Meat Pizzas’ at select locations across the UK.

Pizza Hut is launching a range of Beyond Meat pizzas next week, according to Vegan Food UK.

The popular pizza chain has collaborated with the vegan meat brand to launch ‘Pizza Hut’s Beyond Meat Pizzas’ at select locations across the UK.

The account added that while the fast food chain has not confirmed which vegan cheese it would opt for, it is likely, the brand will continue with Violife’s cheese.

Pizza Hut has come a long way after foraying into the vegan market with its vegan pizza topped with Violife cheese in 2017.

Earlier this year, the chain announced its eighth vegan pie – the all new Vegan Stuffed Crust made with Violife’s vegan cheese – across the UK.

Ana Agrelot, Vice President of Marketing at Encanto Restaurants, the Pizza Hut franchisee in Puerto Rico said: “We are delighted to be the first pizza chain bringing this delicious and nutritious plant-based sausage to the Puerto Rican consumer’s table.

“The Beyond Sausage® Pizza & Beyond Sausage® Veggie Pizza are a great option for customers looking to try plant-based protein without sacrificing the iconic flavor of the traditional meat topping pizza.”

Share this story to let others know about Pizza Hut’s new ‘Beyond Meat Pizzas’ launching next week.