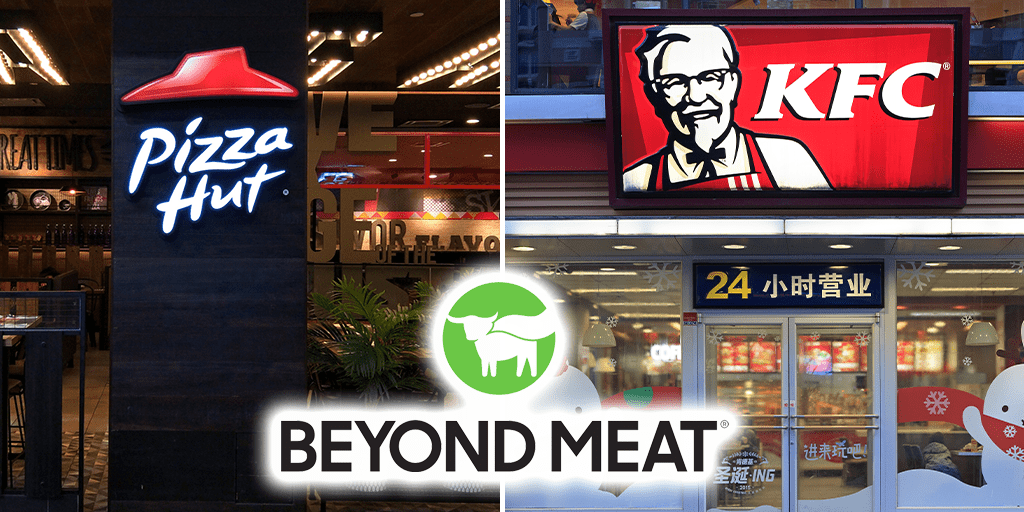 China has become the new hotspot for plant-based foods.

Beyond Meat products will soon be sold in KFC and Pizza Hut outlets in China, reports reveal.

Both chains are owned by Yum China Holdings, which recently trialled plant-based chicken nuggets from US agribusiness Cargill in its KFC outlets in Shanghai, Shenzhen, and Guangzhou.

Following the overwhelming response to its plant-food trial, Yum China has entered into a new partnership with Beyond Meat.

While Beyond Meat’s partnership with Pizza Hut begins next week, products in KFC will launch in June.

“We’re proud to expand our partnership with KFC into China, one of their largest markets worldwide, as well as introduce a new partnership with Pizza Hut in China,” a Beyond Meat spokesperson told Bloomberg.

Last month, Beyond Meat partnered with Starbucks China to add Beyond Beef-filled vegetarian pasta dishes and salads to the international coffee chain’s menu across its 4,200 locations in the country.

Beyond Meat isn’t the only alternative-meat company making a foray into China’s booming plant-based market.

Its main US competitor, Impossible Foods Inc has also been trying hard to debut its plant-based offerings in mainland China.

“It’s absolutely true that China is a huge focus right now, and we’d like to launch in that market as soon as possible,” said Nick Halla, senior vice president for international at Impossible Foods.

“Reaching China is critical to achieving the mission of Impossible Foods—which is to eliminate the need for animals in the food production system.”

Other plant-based food and beverage makers that have already entered the Chinese food sector include Oatly AB and Eat JUST Inc., a vegan egg company.

What do you think of the burgeoning plant-based market in China? Share this story to let others know.