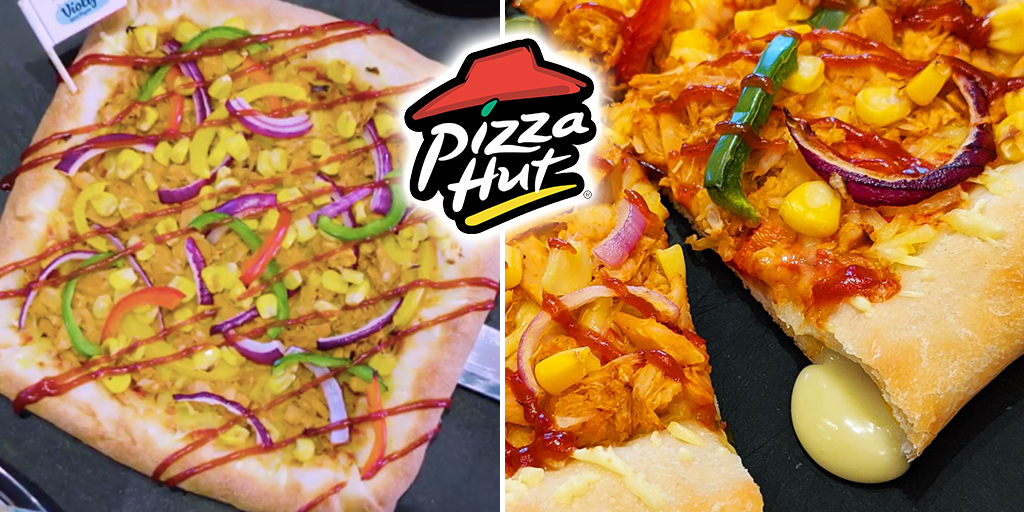 Pizza Hut has come a long way after foraying into the vegan market with its vegan pizza topped with Violife cheese in 2017.

Today, the restaurant chain announced its eighth vegan pie- the all new Vegan Stuffed Crust – made with Violife’s vegan cheese across the UK.

Customers can choose the vegan stuffed crust option as an Individual Pizza for a £2.50 add on cost.

Pizza Hut invented the stuffed crust concept 25 years ago, and the company has made sure “the right amount of Violife’s gooey dairy-free cheese is encased in the crust” to make it “the perfect cheese alternative to the nations much loved treat.”

Announcing the news on Instagram, the company wrote: “You asked for it, so we couldn’t let you down. Say hello to our VEGAN @violife_foods CHEESE STUFFED CRUST! ??”

As part of promotions, customers will be automatically entered into a competition to win a £100 gift card, if they tag @PizzaHutUK while posting their Stuffed Crust Pizza pics on Instagram using the hashtag #GetStuffedCrust.

You asked for it, so we couldn't let you down. Say hello to our VEGAN @violife_foods CHEESE STUFFED CRUST! ?? #PizzaHut? #TasteFreedom❤️

The vegan crust pizza follows the launch of the vegan pepperoni pizza- The Pepperphoni in January.

Introduced as a limited time offer for Veganuary, the company made it permanent after selling nearly 40,000 vegan pizzas in the first month.

The restaurant chain now boasts of a dedicated vegan menu with several plant-based options including starters such as Quorn-based fried nuggets, pizzas such as the Vegan Margherita, Vegan Veggie, Vegan Hot ‘N’ Spicy Veg and the Vegan BBQ Jack ‘N’ Ch**se and cheesecake for dessert.

The vegan options are available to dine-in and take-out at every restaurant in England, Scotland and Wales, and can be ordered for delivery from selected Pizza Hut Restaurants on Deliveroo and UberEats.