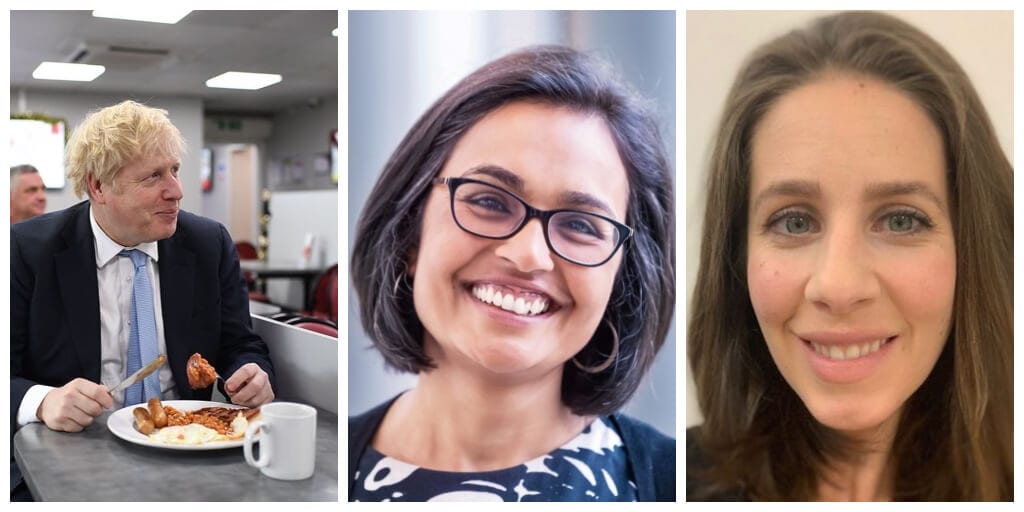 Plant Based Health Online says Johnson should set an example to the nation by promoting a healthier and sustainable diet.

A team of plant-based health care professionals has called on UK Prime Minister Boris Johnson and his family to ditch animal products and set ‘an example to the nation’.

‘Example to the nation’

According to them, adopting a plant-based diet will provide cost-saving benefits to the NHS. It would also ‘tie in with the government’s 10-point plan, which lays out measures to scale up the UK’s climate ambitions, as well as a new obesity strategy to improve the overall health of the nation’s population’.

Dr. Shireen Kassam, who is a consultant haematologist, said: “It is a world leader’s obligation to do everything in their power to maintain the policies they have set out.

“A whole food plant-based diet is key in tackling both health and environmental issues, so we’re calling on the Prime Minister and his fiancé Carrie Symonds – a passionate animal welfare activist and former vegetarian – to take action by setting an example to the nation. “

She added that PBHO believes that the politician and his family adopting a healthy plant-based diet would help them ‘connect with the problems at hand’.

She pointed out that “Nutrition is becoming increasingly recognised as a significant factor in disease prevention and health development.

“Currently, the NHS spends £14 billion on diabetes treatment each year alone, with a poor diet estimated to be a bigger mortality risk than smoking.”

‘Must lead the way’

Citing a recent survey of over 5,000 adults by Public Health England, which found that following COVID-19, 7 in 10 adults are motivated to make healthier lifestyle changes in 2021, Dr. Kassam said: “We know that most people find it difficult to navigate the choices presented to them and it can be hard to know where to start.

“Boris Johnson must lead the way in recognising the steps to improve long-term public health, and we implore him to take the simple yet effective step of adopting a plant-based diet for the sake of the country.”

The Vegan Society states that if the world turned vegan in 2021, around eight million human lives could be saved by 2050 while preventing climate change damages of £1.5 trillion.

You can sign the petition asking Boris Johnson to go vegan here.