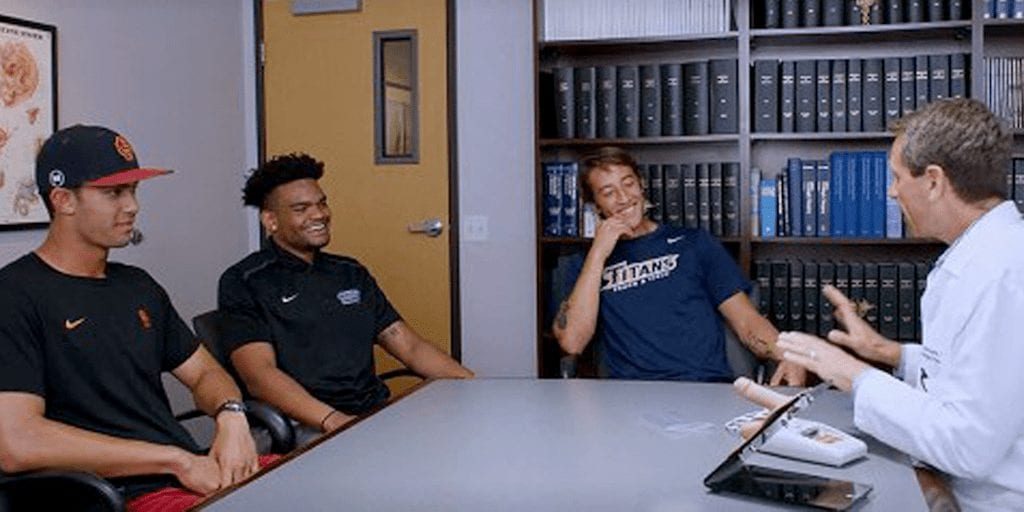 New vegan documentary The Game Changers has kicked up a storm around the world as it dispels myths about needing meat for athletic performance, but there’s one potential health benefit which has particularly captured viewers’ attention.

Three meat-eating athletes on the documentary, which is now on Netflix, had their erections tested before and after they switched to a plant-based meal.

The film, which is produced by Arnold Schwarzenegger, Jackie Chan and Lewis Hamilton, features a study conducted by Dr Aaron Spitz, lead delegate of the American Urological Association.

He conducted an experiment on three collegiate athletes which required them to wear a pair of rings at the base and tip of the penis to measure the strength, longevity and number of erections over two nights.

‘When I think of a manly man, I think of someone who has strength, endurance, sexual prowess and fertility,’ Spitz reported.

‘In fact, what the scientific studies are showing, is that the more meat men eat, the more quickly they lose their…manly manhood.

In the study the athletes were asked to eat a beef, chicken or pork burrito before wearing the contraption, and the test was then repeated after eating a plant-based burrito filled with vegan meat.

An athlete named Blake saw an incredible 477% increase in how many minutes he spent with an erection during the night following the plant-based meal.

Another athlete, also named Blake, saw similar results with a 312% increase in time, and he had a 13% increase in hardness of his member after eating plants.

A third athlete named Mason was stunned by results which found he also had a harder erection after the vegan meal, as his penis had a 9% increase in strength.

And the amount of time he had an erection for during the night was up a massive 303%.

What did you think of The Game Changers? Share your thoughts in the comments section below!