Plant-based Impossible Burger to launch in 1,500 hospitals and schools 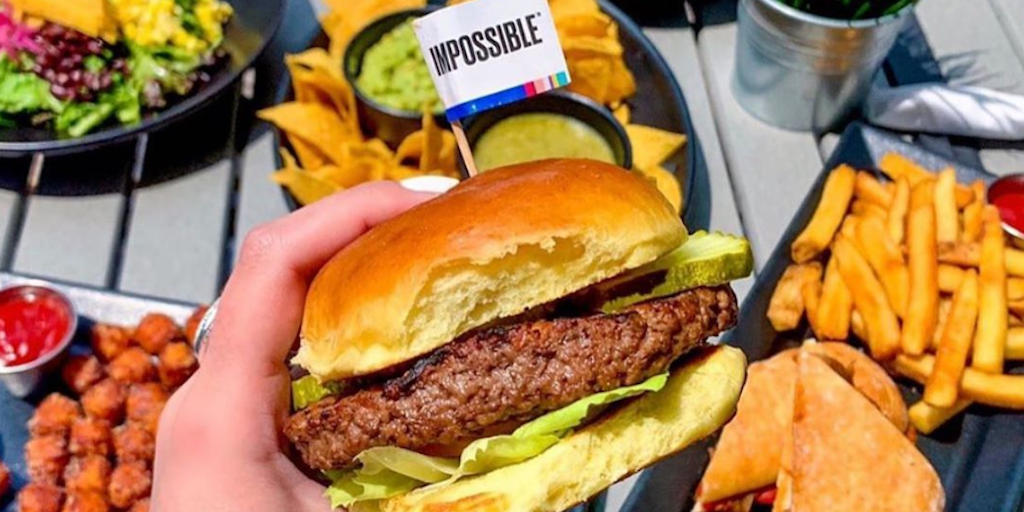 Plant-based options will soon be more readily available across the US after Impossible Foods partnered with a catering service which supplies public buildings across the country.

The plant-based burgers will be available at 1,500 schools and hospital cafeterias thanks to the partnership with Sodexo.

As demand for vegan options ramps up across the country, Sodexo has struggled to keep pace. But the new partnership will see the meat alternatives, which mimic the taste and texture of meat, reaching a huge number of people who may otherwise be unaware of such products.

Senior vice president of products and operations at Impossible Foods, Sheetal Shah, told FOX Business that the company’s burger patties are now available in 10,000 restaurants, which is expected to grow to 17,000 this year alone.

“We are going to be able to significantly ramp up production,” Shah said.

The capacity of Impossible Foods’ production line in California has doubled in recent times as sales of plant-based food grew 11 percent in the US this year.

The company has recently partnered with Burger King to create the plant-based Impossible Whopper, which has been rolled out to all 7,200 stores.

The Impossible Whopper patty is made primarily from wheat protein, coconut oil, potato protein and heme – giving it a meaty taste and texture.

McDonald’s is also expected to introduce a plant-based burger named the Big Vegan, with the company currently trialling the burger in Israel.

What impact could Impossible Foods’ contract with Sodexo have? Share your thoughts in the comments below!