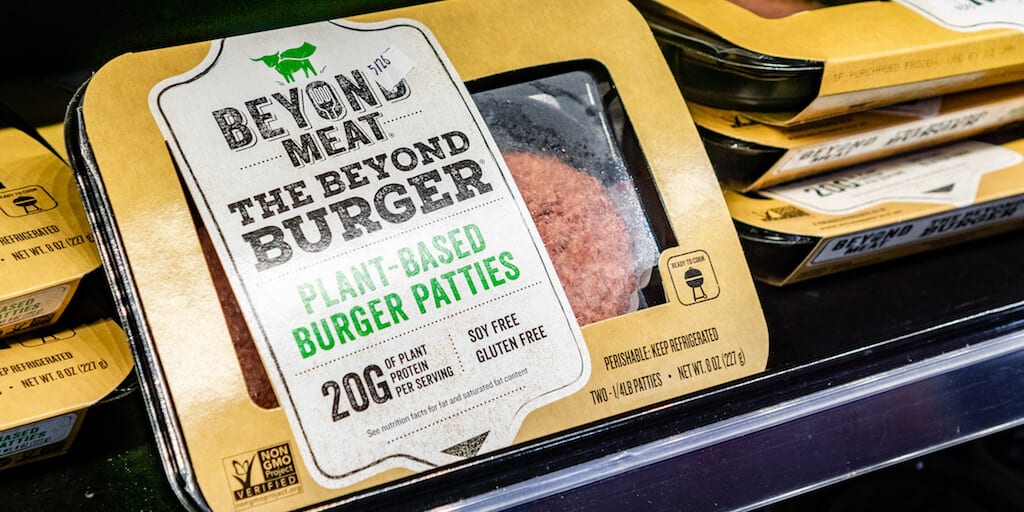 Plant-based meat sales increased by 23% when placed alongside its meat counterparts at grocery stores, revealed a study by Plant Based Foods Association and U.S retail giant Kroger.

As part of the study, PBFA- an association that represents 170 plant-based food companies placed all plant-based meat in a three-foot set within the meat department of 60 Kroger stores in three states: Colorado, Indiana, and Illinois, for 12 weeks between December 2019 and February 2020.

Julie Emmett, senior director of retail partnerships at the Plant Based Foods Association, said: “This research proves that it is important for retailers to place plant-based meat where shoppers expect to find it: in the meat department. Other retailers are sure to make this change with this new data in hand.

“The increase in sales in the Midwest demonstrates there is tremendous opportunity for plant-based meats to succeed everywhere, including in the nation’s heartland.”

After the coronavirus pandemic disrupted meat supply in the early months of lockdown more consumers have started buying meat alternatives.

PBFA reported that sales of plant-based foods increased by 90 percent in mid-March, when compared to sales during the same time last year due in part to the pandemic-buying period.

Vegan meat sales also spiked by 148 percent during mid-March and continued to grow by 61 percent in the next four weeks at almost double the rate of sale for animal-based meat.

“Kroger continues to experience double-digit growth in the plant-based category, and this test demonstrates the viability of shifting product placements to reach even more customers. We thank the Plant Based Foods Association for partnering with us on this insightful merchandising research project.”

PBFA executive director Michele Simon said in a statement: “As plant-based meat sales continue to grow, with sales increasing even more rapidly compared to pre-pandemic levels, this research becomes even more compelling for retailers to locate plant-based meats in the meat section if they want to maximize sales by reaching more consumers.”

Share this news to let others know of this study!