“Plant-based” searches spike after release of “The Game Changers” 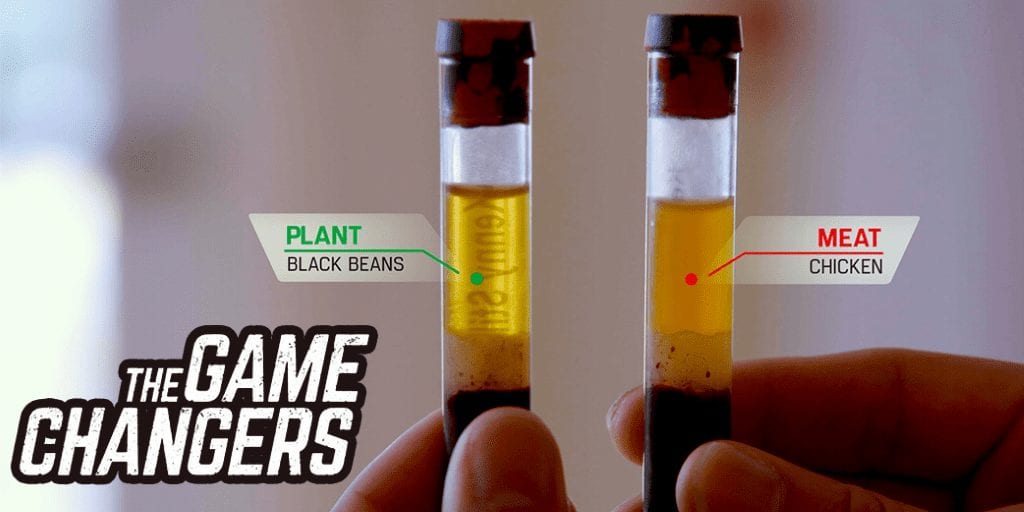 Google trends has shown that searches for the term ‘plant-based’ has skyrocketed following the documentary’s Netflix release in October.

The Game Changers movie that showcases several elite athletes who have ditched meat and adopted a vegan lifestyle has piqued people’s curiosity.

Data from Google trends shows that after “The Game Changers” debuted on Netflix, searches for “plant based” went through the roof.

The film sparked a revolution after its global premiere on September 17th convincing many to switch to a more holistic and wholesome diet devoid of meat and dairy products.

The Game changers was subsequently released on iTunes followed by Netflix in October.

Since its release, the film has won rave reviews and comments.

“Honestly The Game Changers is an INCREDIBLE film, I’d advise anyone curious about veganism to give it a watch. Especially athletes! Made me curious how even more amazing @TWoffinden or other speedway riders would be if they went vegan,” wrote an impressed viewer.

“Just watched this last night. So freaking amazing. Sharing with all my loved ones. The way you weaved storytelling, facts, and brought to light some of the most impressive athletes I’ve ever seen in my life was incredible. Impactful. Inspiring. Thank you. We’re all going in the right direction,” commented another.

“2 years ago I watched #whatthehealth. It felt like standing in front of Everest at this time to me, with all the changes I haven’t made back then connected to my food behaviors. 2 years and 4 tons of oranges later I watched the movie with understanding and wisdom from the within. I can rely from my own personal experience and totally agree to all the facts guys said in the movie. Everything!” said a third.

Recently, Greggs CEO Roger Whiteside revealed he had ditched meat after being inspired by the vegan documentary.

Speaking at an awards ceremony, he said: “I watched it [The Gamechangers] and thought this is interesting.

“Obviously, there are arguments based around animal welfare and the environment, but this was all about the health benefits, and I thought I should give it a go.”