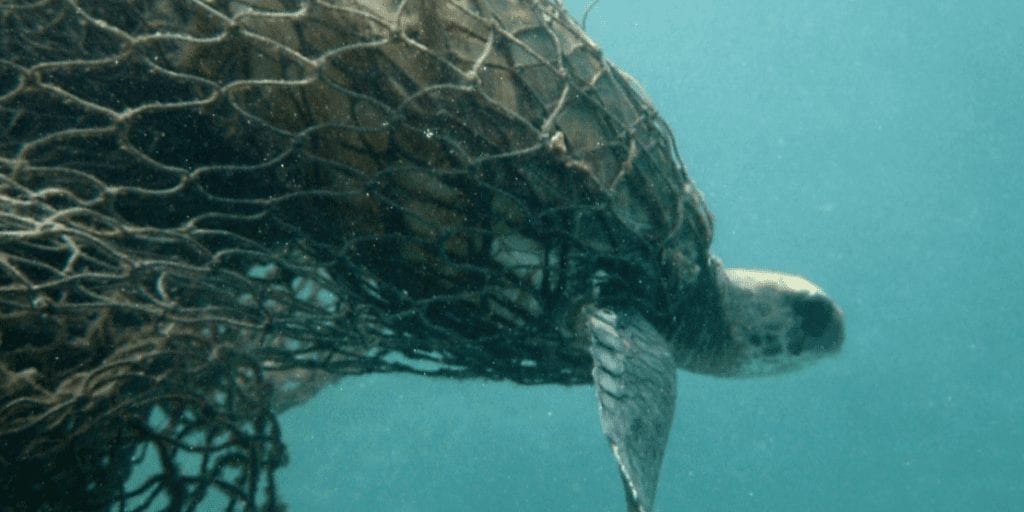 Fishing nets account for half of the ocean’s plastics

It’s hard to avoid hearing about how much damage single-use plastic is doing to our environment. Major companies, even the likes of McDonald’s, are ditching straws and other plastic packaging to save the sea, while ‘The Attenborough Effect’ has led 53% of people to reduce the amount of plastic they use.

And while this movement is well-intentioned and vital to saving the planet and marine life, in reality single use plastics are not the main issue. A study
by Ocean Cleanup has revealed that a huge chunk of plastic in the ocean comes from abandoned fishing gear.

In fact, of all plastic found in the ‘Great Pacific Garbage Patch’ – a clump of plastic the size of France floating around in the sea – 46 percent of it was fishing nets. And that statistic didn’t even include the endless miscellaneous fishing gear which made up most of the remaining plastic.

An estimated 640,000 tonnes of fishing gear are dumped in the ocean each year, polluting the sea and fatally trapping marine life.

And ‘Ghost fishing’ equipment goes on wreaking havoc in the sea long after it is abandoned by irresponsible fisherman.

There has been a drive to enforce stricter regulations and markings on fishing gear to prevent companies from ditching plastics in the sea.  But such regulations are difficult to enforce, particularly in the developing world.

As companies attempt to promote their image by introducing paper straws, in reality this has only a fraction of the impact in comparison to our diet.

The main way to reduce your impact on the sea is to switch to a vegan diet and reduce the demand for fishing in the ocean.