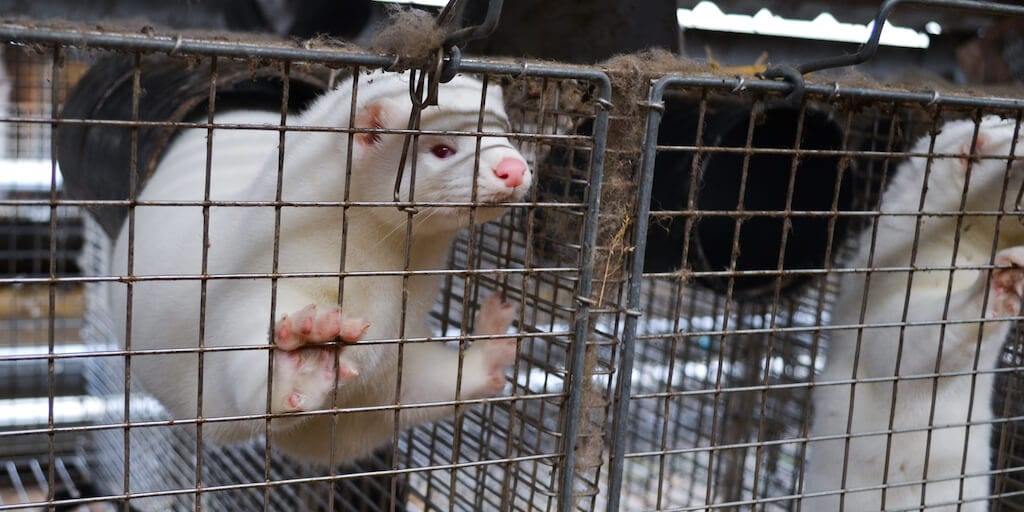 ‘Poland’s standards regarding animals should be no worse, or even better, than those in western countries’

The move comes after PETA and its nearly 90 thousand supporters called on the Ministry of Agriculture and Rural Development of Poland to ban the cruel practice.

Poland is the world’s third-largest fur producer and several undercover investigations by PETA Germany have exposed the intense neglect and abuse on Poland’s biggest fur farms, including caging animals in crammed, unsafe and faeces-encrusted wire cages and brutally killing animals with open, festering wounds by electrocution, neck breaking, or gassing. Also, it revealed the lack of veterinary care on such farms and numerous cases of cannibalism, violence, self-harming, and risk of wide spread infections.

‘Public health at risk too’

Following reports that minks tested positive for COVID-19 on fur farms in the Netherlands and handlers allegedly contracting the virus from infected minks, the animal rights organization added that fur farms are ‘putting public health at risk too’.

“When it comes to the risk of disease, they’re no different to the live-animal market in which the novel coronavirus is believed to have originated,” PETA said.

According to PETA, the news is ‘a huge victory for minks, foxes, and raccoon dogs,’ and the ban would ‘spare’ the lives of eight million animals if implemented.

The draft law has been approved in The Sejm, the lower house of the Polish parliament and will now be voted on in the Senate -the upper house of parliament before being signed by the president.

“Poland’s standards regarding animals should be no worse, or even better, than those in western countries,” said Jaroslaw Kaczynski, leader of the governing Law and Justice (PiS) party.

Angry demonstrators walked to the PiS headquarters chanting: “Kaczynski, traitor of the countryside!”

Condemning the new draft, the Polish Meat Association said: “The draft amendment is economically harmful and undermines the social security of many thousands of workers in the meat-processing sector, rural residents and farmers.”

Share this story to let others know of the proposed fur farm ban in Poland.