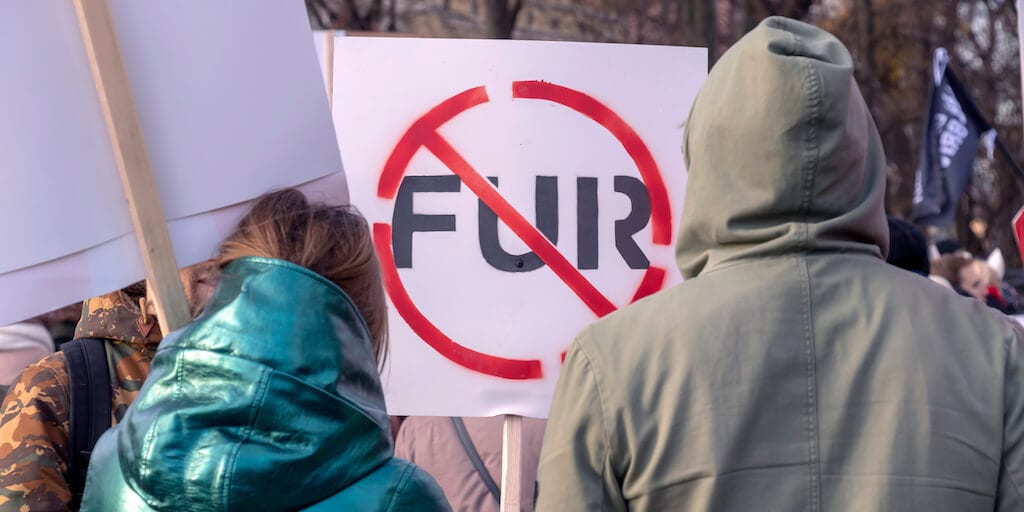 ‘We should close our borders to this cruel trade, reflecting the view of more than 80% of Brits who believe that it’s unacceptable to buy and sell animal fur in this country.’

Recent poll findings reveal that 72% (rising to 81% of Scottish voters) of Brits support a complete ban on the sale and import of animal fur while 93 % of the ones surveyed do not wear animal fur at all.

The YouGov poll commissioned by Humane Society International was released as part of the animal-rights organisation’s #FurFreeBritain campaign for a UK fur sales ban.

“This new poll shows without a doubt that most Brits reject fur, and they want that reflected in British law with a UK fur sales ban,” Humane Society International UK executive director Claire Bass said in a statement.

“Like us, they believe that if fur is too cruel to farm in the UK, it is too cruel to sell here, too. The vast majority of designers and retailers have already turned their backs on outdated fur, so now it’s time for the UK governments to take action.

“For as long as fur is sold in our shops, Britain is complicit in the suffering and death of a million fur-bearing animals for the fashion industry. British consumers have made their views clear – fur is cruel, outdated and it should be banned.”

According to HSI, the fur trade is responsible for the suffering and death of more than 100 million animals each year, including fox, chinchilla, mink, raccoon dogs and rabbits.

While Britain banned fur farming back in 2003, there are no restrictions levied on the import and sale of fur from other countries.

Most fur imported in the UK since the ban has been produced by intensively farming animals in battery-cage systems in countries such as Poland, Finland, France, Norway and China.

The campaign, which states: “Inflicting cruelty on animals for frivolous fashion is deplorable. We should close our borders to this cruel trade, reflecting the view of more than 80% of Brits who believe that it’s unacceptable to buy and sell animal fur in this country” has already garnered 754898 signatures and is being supported by several animal rights organizations and celebrities including Ricky Gervais, Judi Dench, Evanna Lynch, and Leona Lewis.

Animal activist Ricky Gervais said: “I will never understand why anyone would want to wear fur – a beautiful fox who has been beaten or electrocuted, a mink who has been gassed to death, or a coyote who has suffered in a leg hold trap and then been shot in the head.

“How can anyone want to wear that on their hat or their coat, and how can Britain still sell fur when we banned fur farming for being cruel? It’s utter hypocrisy and that’s why I wholeheartedly support HSI’s #FurFreeBritain campaign.”

Sign the petition to add your voice to the Fur Free Britain campaign.

Share this story to support the Fur Free Britain campaign.