Pope Francis offered $1m if he goes vegan for lent 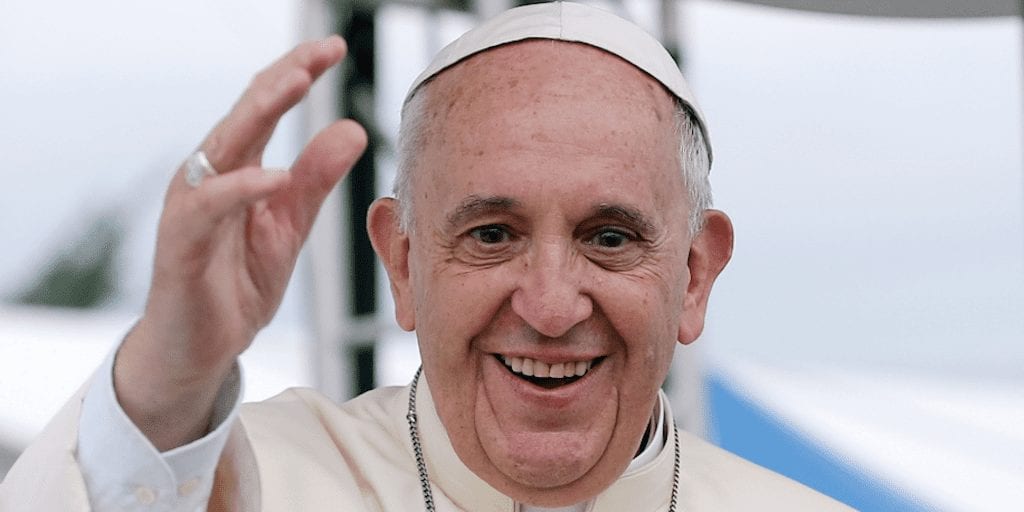 Vegan campaigners have challenged Pope Francis to go vegan for Lent, with the promise that if he does they will donate $1m to a charity of his choice.

Million Dollar Vegan, led by 12-year-old Genesis Butler, aims to encourage the world to go plant-based to help the environment and to combat climate change.

Butler has been vegan since the age of six and is a renowned animal rights campaigner with the group – which also includes celebrities Moby, Woody Harrelson and Paul McCartney.

Butler said: “We’re asking for Pope Francis to help protect our planet by drawing attention to the devastating impact of animal agriculture.

“By going plant-based for lent he would be leading the way to a more sustainable planet. Join us and fight climate change with diet change.”

Campaigners will be hopeful Pope Francis may be responsive to their challenge, as he has spoken about his fears for the planet in the past.

In 2015, he said in his encyclical: “Climate change is a global problem with grave implications: environmental, social, economic, political.

And he also told the UN: “The ecological crisis, and the large-scale destruction of biodiversity, can threaten the very existence of the human species.”

Research shows that the best way to tackle global warming is to reduce meat consumption.

Butler continued: “Farming animals for food has a greater impact on global warming than the fuel emissions from every car, bus, train ship and plane on the planet combined.

“Animal agriculture is also a leading driver of deforestation and biodiversity loss and causes immense suffering to billions of animals.”

The $1m was donated by the Blue Horizon International Foundation, a charity which invests in companies producing vegan food.

You can sign the petition asking for Pope Francis to go vegan for lent here.

What do you think of this campaign? Tell us in the comments section below!