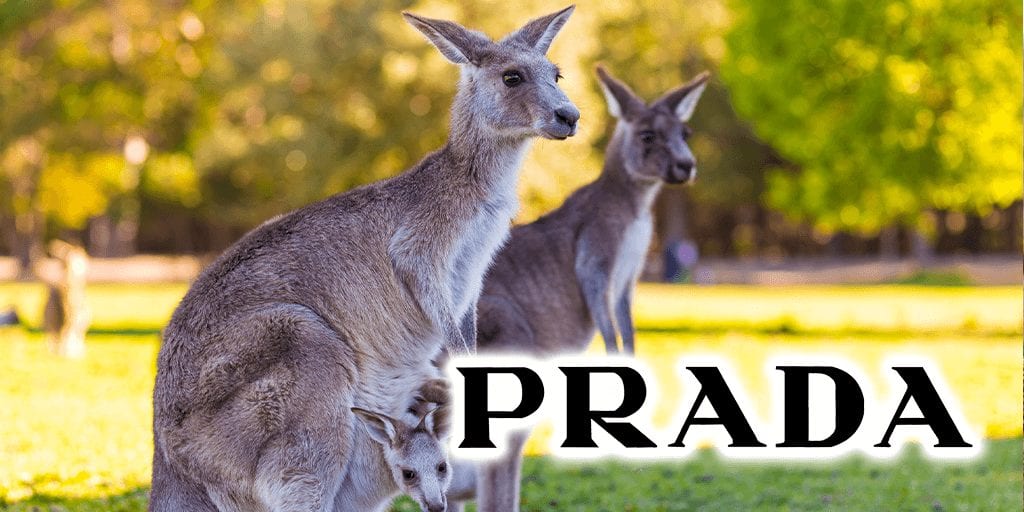 Prada joins other top fashion houses and designers including Versace, Victoria Beckham, Chanel, and Paul Smith in banning leather made from kangaroos.

Prada’s decision follows pressure from the animal rights’ group LAV, which state that more than 2.3 million kangaroos in Australia are killed each year for fashion and other purposes.

Both LAV and PETA have been calling for brands like Prada to switch to vegan alternatives.

Announcing the news on its website LAV wrote: “After Diadora and Versace, the PRADA GROUP (PRADA, MIU MIU, CHURCH’S, CAR SHOE) also responded to our appeal to stop the use of kangaroo leather.

“In a note, the company stated that the Prada Group no longer plans to purchase new kangaroo hides and confirms the non-use of this material in the collections for over a year.”

By banning K-leather, Prada joins other top fashion houses and designers that have phased out exotic skins including Versace, Victoria Beckham, Chanel, and Paul Smith.

Vegan charity PETA also welcomed the move stating that “Prada has made the right decision to end its involvement in the barbaric killing.”

The group added that while the fashion giant’s decision to ban “kangaroo leather is a step in the right direction,” it should also remove other exotic skins from its collection including crocodiles, ostriches, and snakes.

“Behind every accessory made with kangaroo leather or other exotic skins is a sentient animal who died a horrifying death,” PETA director of corporate projects Yvonne Taylor said in a statement.

Prada Group’s decision will spare kangaroos immense suffering – and PETA calls on the company to extend its compassion to all exotic animals.”