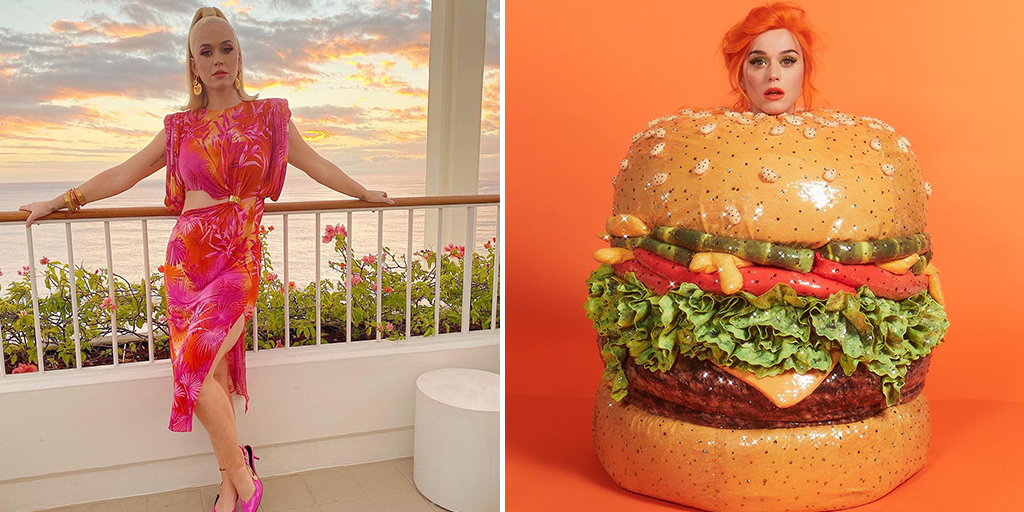 Expecting her first child with fiancé Orlando Bloom, the singer has ditched meat because it “grosses” her out.

Katy Perry devised a novel method to announce her “longest (kept) secret” when she revealed her pregnancy in her newly released single “Never Worn White.”

She then proceeded to video-chat about her pregnancy, cravings, her new album, and other details with her fans on Instagram.

‘Thank you, I’m excited, we’re excited and happy,” she responded to a fan’s congratulatory message before divulging her diet since she got pregnant.

She was seen chewing dry mango throughout the session and said that her pregnancy cravings aren’t that different from her usual diet: “That’s why nobody really [suspected] anything, because I’ve always been hungry. And I’ve never liked [doing] crunches, so they just thought I was curvy and hungry. And yes, I am curvy and hungry!”

But she admitted that although “she never cared for spice” earlier, she cannot do with Tabasco sauce and literally carries it everywhere she goes, she added: “Foods that gross me out now are beef.

“I’m not really into red meat.”

She added that when she craves anything meaty, she opts for an Impossible Burger.

“Thank God for the Impossible Burger, because that basically tastes like red meat and when I do want it, I do that.”

While the engaged couple were planning on tying the knot in June in a close intimate ceremony in Japan, they have postponed their plans in wake of the coronavirus outbreak.

A source close to the couple told People, “Katy was actually really excited about walking down the aisle pregnant… they were both so elated that all the wedding details were finally coming together, but they are hitting pause because of coronavirus.”

Share this story and don’t forget to tag your pregnant buddies.