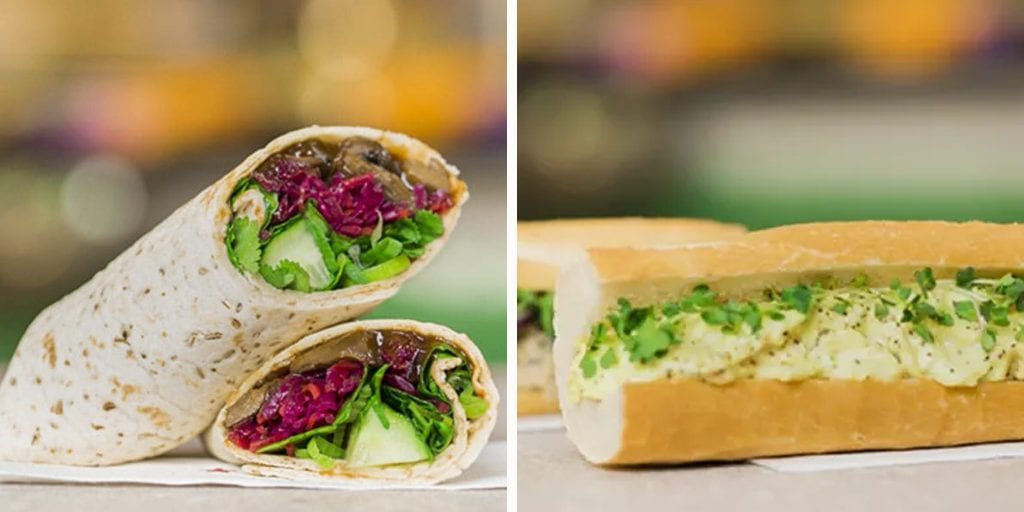 Pret a Manger has announced that vegan versions of its most popular tuna, egg, duck, and bacon sandwiches will be available at outlets later this month.

The Pret team is ready with its latest vegan offerings after conducting a poll to gauge customer preferences and then investing nine months to create vegan products which ‘have all the tastes and textures of the original sandwiches they were inspired by’.

Based on Pret’s most popular items, two plant-based egg and tuna baguettes, a hoisin mushroom wrap and a sandwich will debut in Veggie Pret stores in London and Manchester on October 24.

Pret’s Global Head of Food Innovation, Hannah Dolan said: “Veggie Pret is a space where we’ve had a great opportunity to experiment with vegan and veggie food.

“It’s our mission to make it easier for customers to eat less meat, so we challenged ourselves to recreate the delicious flavors and textures of our meaty bestsellers, using only vegan ingredients.

“As Veggie Pret grows, we’re really excited to be able to reveal the range of Vegan Classics. This is all part of our mission to make it easier for customers to eat less meat, by offering delicious vegan and vegetarian food.”

The Vegan Chuna Mayo uses chickpeas to recreate the texture and flavour of tuna and vegan mayo. It has been seasoned with a sprinkling of pickled onions, chopped capers, and parsley, topped with a squeeze of lemon, sliced cucumber, red onion, and rocket.

The VLT replaces bacon with roasted shiitake mushroom ‘rashers’ and is garnished with sliced tomatoes, green salad, and vegan mayo on malted bread.

The Vegan Eggless Mayo & Cress uses tofu and vegan mayo instead of egg and is seasoned and garnished with cress.

Confident about the team’s efforts, Dolan said:  “We think they taste so good that we’d challenge customers who love our original tuna baguette to swap to The Vegan Chuna Mayo Baguette and see if they are able to notice the difference!”

Which chain serves the best vegan sandwiches? Share your thoughts in the comments section below!