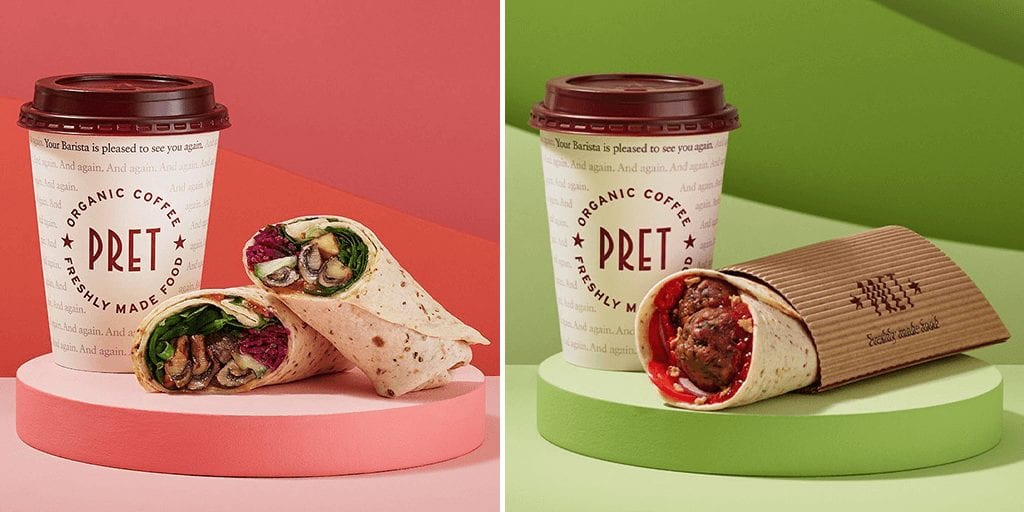 The nine new vegan items, including a Meatless Meatball Hot Wrap will be available at both Pret and Veggie Pret restaurants nationwide from 5th of January for takeout and delivery.

Pret A Manger is adding nine new vegan items to its January menu, offering those doing Veganuary a plethora of options to choose from.

The new menu will be launched at both Pret and Veggie Pret outlets nationwide from the 5th of January.

The nine new items include two new breakfast items: a coconut porridge made with oats, red quinoa, and coconut milk; and a vegan breakfast baguette made with smashed avocado, roasted mushrooms, and roasted tomatoes.

In addition, the coffee chain is adding two new wraps: a vegan hoisin mushroom wrap and a sunshine ‘n spice wrap made with curried chickpeas and sweet mango chutney.

The new vegan meatball wrap, which will replace the traditional version for the entirety of January includes “chunky” plant-based meatballs from Meatless Farm, garlic and herbs, salad, chipotle ketchup, and red tapenade.

“We’ve worked hard to create something that has the Pret taste and quality of one of our classics that our customers expect.

“To encourage more people to try the new plant-based meat alternative hot wrap, we’ve decided to pull our Swedish meatball wrap for a month as we’re that confident our customers will quickly fall in love with it.”

Share this story to let others know about Pret’s new vegan menu.