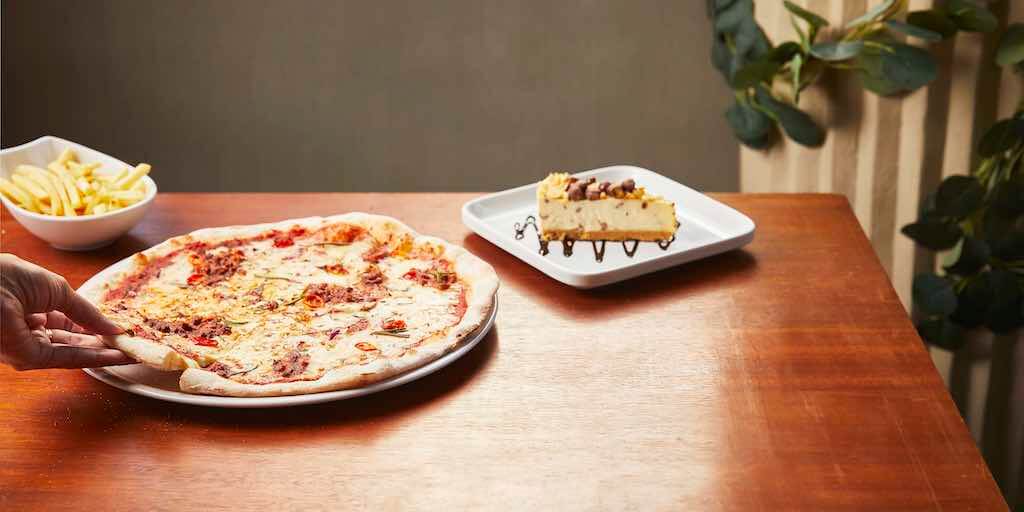 “Whether you’re a meat-eater, vegan, pizza lover or a little one, we’re taking care of all Bolognese enthusiasts this autumn.⁠”

This month, popular Italian food restaurant, Prezzo, has extended its range of vegan offerings to include a new Bolognese Pizza and vegan Spaghetti Bolognese.

Announcing the news on Instagram, the restaurant wrote: “2020 has been tough to take so far, but at Prezzo, there’s one thing we all agree on… Life’s better with Bolognese!

“Whether you’re a meat-eater, vegan, pizza lover or a little one, we’re taking care of all Bolognese enthusiasts this autumn.⁠”

The new Vegan Bolognese Pizza is made with meat-free bolognese and topped with sprinkles of vegan cheese, red onion, and rosemary, with a dash of chilli.

The Vegan Spaghetti Bolognese is made with meat-free bolognese and a rich tomato and red sauce.

Prezzo isn’t the only restaurant chain to have recently expanded its menu with tasty new vegan options.

Last week, Nando’s launched its first-ever plant-based chicken across 340 venues in the UK.

The meat-free alternative called the Great Imitator has been made entirely from pea protein and designed ‘to taste just like its signature PERi-PERi chicken breast fillet’.

Share this news to let others know about the Prezzo’s new Vegan Bolognese pizza.