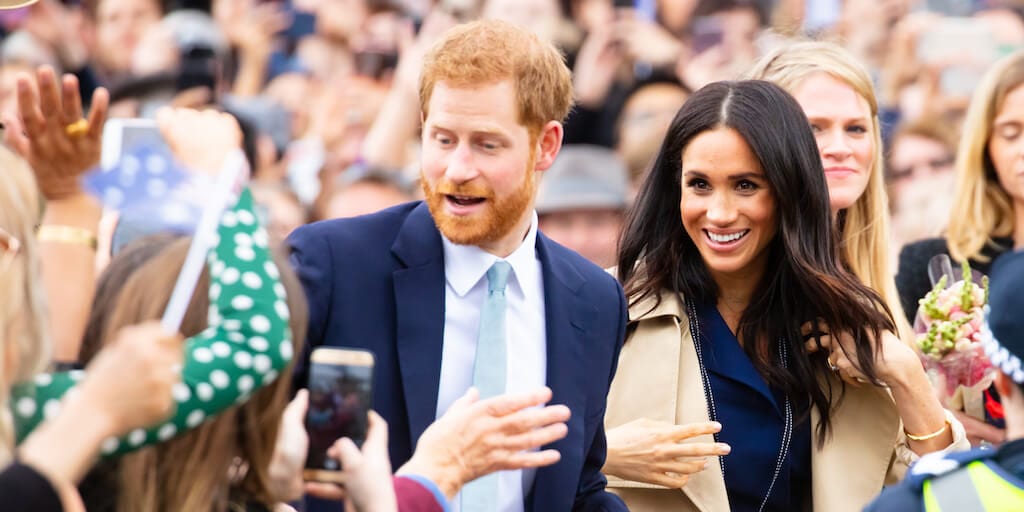 A new study comparing the highest environmental impact of 10 royals has shown that Meghan Markle and Prince Harry live the most eco-unfriendly lifestyle.

Meghan Markle and Prince Harry have emerged as the least eco-friendly royals, according to a new study.

The couple had the highest environmental impact after Save On Energy ranked the members of the royal family based on an analysis of their eco-friendly habits.

The research team determined rankings by comparing the royal family’s travel footprint, how many environmental charities they supported, their attendance at environmental events, how sustainable their wardrobes were, how many of their social media posts cited environmental issues, and whether they used electric cars between March 2019 and March 2020.

The study analysts relied on the Royal Travel Report to determine the royals’ carbon footprint and tracked their social media platforms.

All royals earned points for their eco-friendly habits but lost points due to their carbon footprint.

Based on their findings, the authors of the study crowned Prince Charles as the most eco-friendly royal with 156 points. While he lost points for having the worst travel footprint, his social media posts, his support of environmental charities and his attendance at environmental engagements earned him the top spot.

The ranking is reflective of his passion towards the environment. Prince Charles has been proactive in throwing his weight behind efforts tackling pollution and has also been vocal about his fear of plastic and the damage it causes to the environment.

Camilla, the Duchess of Cornwall, and Prince Charles’ wife ranked second with 84 points. Her high carbon footprint was compensated with her several environmental engagements and social media posts regarding the climate and pollution.

While Kate Middleton came fourth with 29 points, her husband Prince William scored just 15 points because of his high travel footprint.

The Cambridge couple, however, are working on raising the bar in terms of spreading more awareness about the environment.

Just this week, Prince William released an environmental documentary: Prince William: A Planet For Us All, alongside his interview with veteran broadcaster and historian David Attenborough.

The Cambridges also released a cute video of their children asking Sir David Attenborough questions about animals that he likes and the ones that are at risk of becoming extinct.

The Sussex pair, Prince Harry and Meghan Markle, however, ranked at the bottom of the study, with a just nine point score each.

According to the company, although Meghan makes the conscious effort to wear clothes and accessories from sustainable brands and the couple own an electric car, “the two engaged considerably less than others with environmental charities and engagements between March 2019 and 2020,” which impacted their score.

“They also had the third-worst carbon footprint of all royals studied,” the company said.