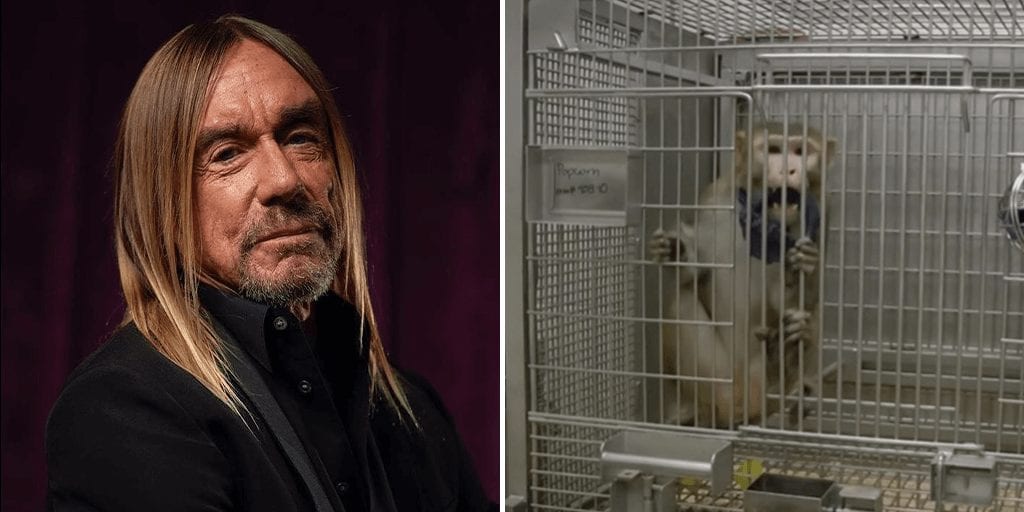 ‘As soon as PETA heard Iggy Pop’s song ‘Free,’ we knew it was perfect for highlighting the suffering of monkeys held captive and tormented in laboratories’

The song, which was the title track of the musician’s 2019 album is used to soundtrack a new PETA video that spotlights ‘the suffering of monkeys subjected to psychological and physical torment in laboratories.’

The video features horrifying footage from PETA US investigations into a National Institutes of Health (NIH) experimenter’s painful, invasive, and deadly “monkey fright” tests which include subjecting monkeys to traumatic and terrorizing experiments that leave the animals permanently brain damaged.

The haunting tune with the American musician repeating the line “I want to be free” twice, perfectly conveys the ethos of the eerie, tragic video.

‘Deserve to be free’

“As soon as PETA heard Iggy Pop’s song ‘Free,’ we knew it was perfect for highlighting the suffering of monkeys held captive and tormented in laboratories,” PETA spokesperson Moira Colley told Billboard.

“Luckily, Iggy is as kind as he is charismatic, and he immediately agreed to let us use it after seeing our disturbing footage of traumatized monkeys.”

Pop, who is a passionate animal rights activist said: “Anyone can see the pain and terror in these monkeys’ eyes.

“No one should have to suffer like this. They deserve to be free.”

This isn’t the first time the legendary rocker has voiced his opinion and stood up for animal welfare.  In a previous outing for PETA, he teamed up with Nick Cave to make a heartwarming video about saving animals.

He also joined PETA’s campaign against the annual slaughtering of Canadian baby seals.

In June, he signed a petition urging Florida senators to “protect big cats from abuse and neglect by prohibiting private possession of these wild animals, and banning risky public encounters with them.”