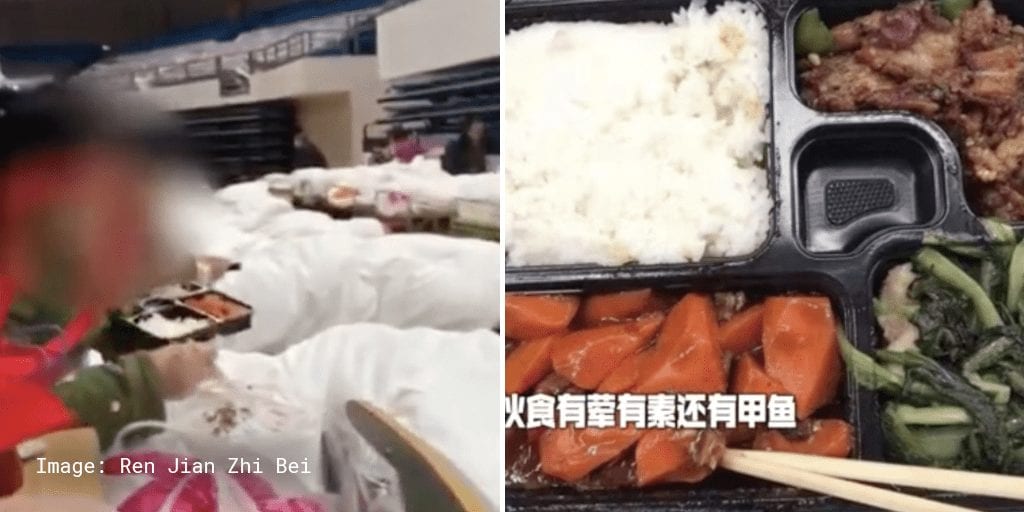 Despite the links between coronavirus and wild animal consumption, a hospital in Wuhan has been serving turtle meat to its patients.

Coronavirus was thought to be passed to humans through wild animals at an animal market which sold a huge selection of wild animals – including pangolins, bats, koalas and wolf cubs.

But hospitals have continued to give patients meat from wild and exotic animals.

Turtle meat is highly sought after in traditional Chinese medicine and is believed to be highly nutritious and helpful to people recovering from illness.

The turtles are native to China and can be both found in the wild and at breeding farms.

The video shared by Ren Jian Zhi Bei gives an insight into hospitals set up to battle the virus. Patients are given basic provisions and kept in isolation

The number of new daily infections in China is around 2,000 and the disease has spread to at least 28 countries, but 99% of cases are in China.

The World Health Organisation has declared a global health emergency as healthcare organisations around the world fight to prevent coronavirus from spreading.

Animal rights groups have noted that many viral outbreaks such as coronavirus originated in animals.

A new research paper has also revealed concern among scientists about the high level of hepatitis E in slaughterhouse pork across the US.

PETA has urged people around the world to go vegan to reduce the risk of transmitting dangerous diseases to humans.

Share this article to reveal the risks behind the meat industry. What do you think of the decision to feed coronavirus patients with turtle meat? Share your thoughts in the comments section below!