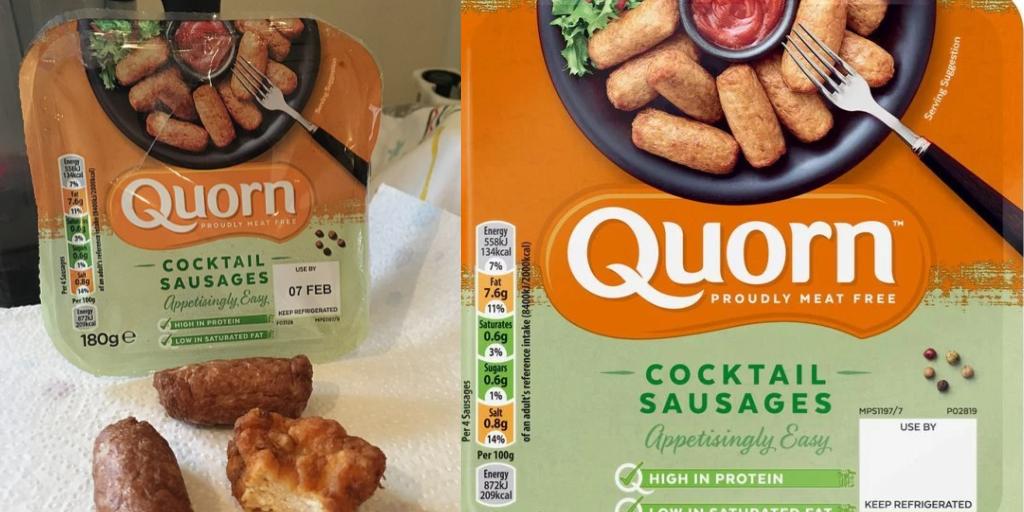 Major meat substitute producer Quorn has blamed a factory worker for ‘sabotaging’ the brand after a customer found a chicken nugget inside a pack of veggie sausages.

A vegetarian complained to the company after they unknowingly took a bite of a chicken nugget found in the meat-free product.

The rogue nugget was sent off for testing by Quorn and confirmed to be meat, leading the company to compensate customer Matthew Barlow.

Quorn explained that CCTV footage was thoroughly analysed and staff were interviewed due to suspicions that a malicious employee at a factory had planted the chicken nugget.

The company explained the product was produced at a factory which also deals with meat products. The areas are segregated and there are strict procedures in place to avoid cross-contamination – which are approved by The Vegan Society.

A spokesman for Quorn quoted by the Mail Online said accidental cross-examination is impossible, and it is therefore possible the nugget was ‘introduced deliberately by a factory employee’.

90 percent of Quorn’s factories are 100 percent vegetarian, the company added.

However, that didn’t stop a piece of chicken making its way into a pack of veggie sausages – which are made of plant-based mycoprotein.

The 42-year-old customer told the Daily Mail: “It was chewy and not like a normal veggie product’s texture. I have no idea what meat should feel or taste like any more.”

He said a worker ‘must have popped the nugget in the package to prank a vegetarian’.

Many major companies have come under fire for serving vegans food containing animal products in recent times. During Veganuary customers were left tearful, angry and sick by a string of restaurant dairy blunders.

What do you think of Quorn’s response? Tell us in the comments section below!