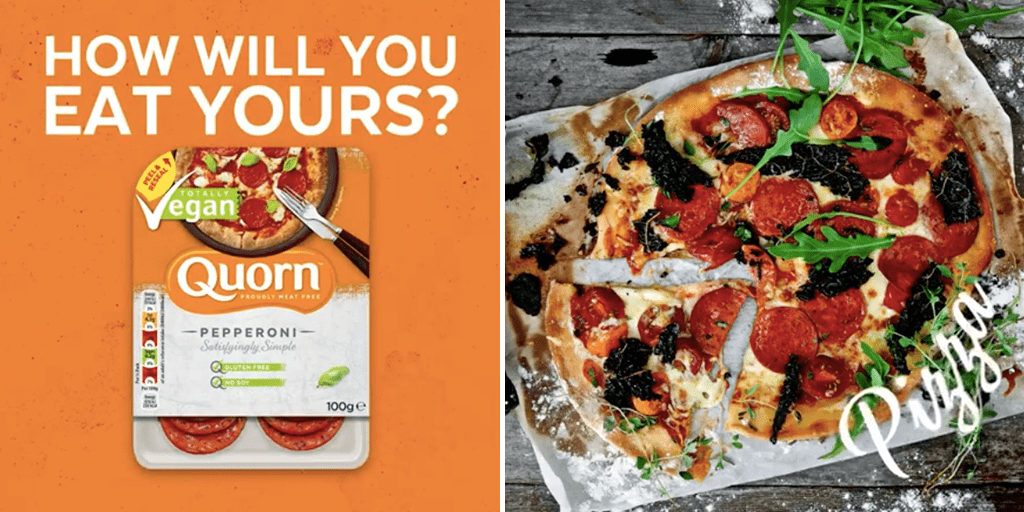 Quorn’s new vegan pepperoni slices are a great option to be used in wraps, sandwiches and on pizzas and taken into work to eat at lunchtime.

UK’s No. 1 meat-free brand has expanded its vegan range by introducing its first Vegan Pepperoni as “interest in vegan diets continues to build momentum.”

Gill Riley, Marketing Director at Quorn Foods UK said: “Vegan Deli products are growing significantly, from a value of £1.9m in 2018 to £15.5m this year, and it’s because of this success that we’re introducing a Vegan Pepperoni to the Quorn Deli range, offering shoppers more choice and opening up the category.

According to the brand, which sells its fungi -based mycoprotein in 20 markets globally, the new soy and gluten free vegan smoky pepperoni slices are a spicy and versatile product perfect for lunchtime sandwiches, wraps, salads, and as a delicious, vegan pizza topping.

“With more people making more meals at home and increasing numbers now embarking on the return to work, there is a renewed demand for options that can also be taken into work to eat at lunchtime,” Riley added.

Quorn’s meat -free slices are stocked in select Sainsbury outlets for a recommended retail price of £2.20.

Share this story to let others know about Quorn’s new vegan pepperoni slices.