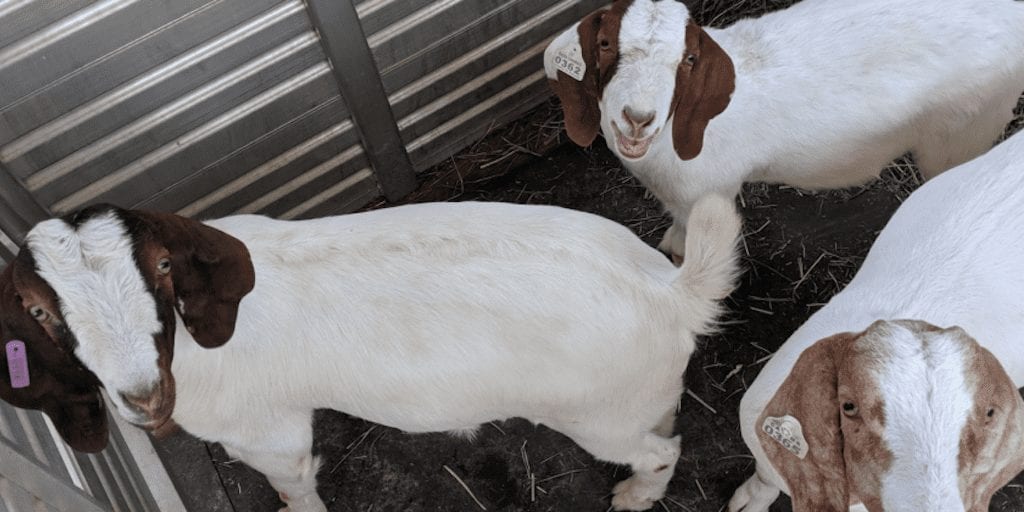 A group of farming students have saved the lives of five animals set for slaughter after they decided to rebel against their course send them to a sanctuary instead.

The group of students from Fullerton Union High in Orange County, California were taking part in the Future Farmers of America program.

Their project involved raising and caring for goats and sheep on the farm next to their school, with a view to eventually auction them off at Orange County Fair where a buyer would take them away and slaughter them for food.

The course told them that this was the natural life cycle for a goat in the farming industry and encouraged them to follow suit, but the compassionate students became so attached to their furry friends they couldn’t bear to send them to slaughter.

Even though students are technically ‘owners’ of the animals during the course, they are expected to follow through on the plans to prepare them for their future lives as farmers.

But the students went against the goals of the course and contacted welfare organisation Farm Sanctuary, who saved the lives of sheep Phry and Shawn, who have been moved to the Southern California Shelter.

And goats Pam, Kevin, and Bruce now live at the Sage Mountain Sanctuary.

This is not the first time a Future Farmers student has decided to save the life of their animal, after another Fullerton student named Bruno donated his beloved pig Lola to the shelter.

Farm Sanctuary said in a statement: “Many FFA participants discover that alternatives to slaughter exist too late. But the word is spreading; inspired by their classmates’ decisions, an increasing number of students are seeking other options.

“Fortunately, it is possible for students to have enriching experiences within organizations like FFA, without harming animals. Animal husbandry is just one of several tracts such programs offer; learning about plant-based agriculture, or developing alternative farming systems, for example, are additional possibilities.

“The five Fullerton students are now approaching the world with a different outlook: Farm animals are sentient beings who deserve a life free from harm. Thanks to these students’ willingness to challenge tradition in order to follow their own hearts, Phry, Shawn, Pam, Kevin, and Bruce now have that chance.”

What do you think of the students’ decision to save the five animals? Share your thoughts in the comments below!