Record Turnout as over 12,000 activists attend the Animal Rights March in London 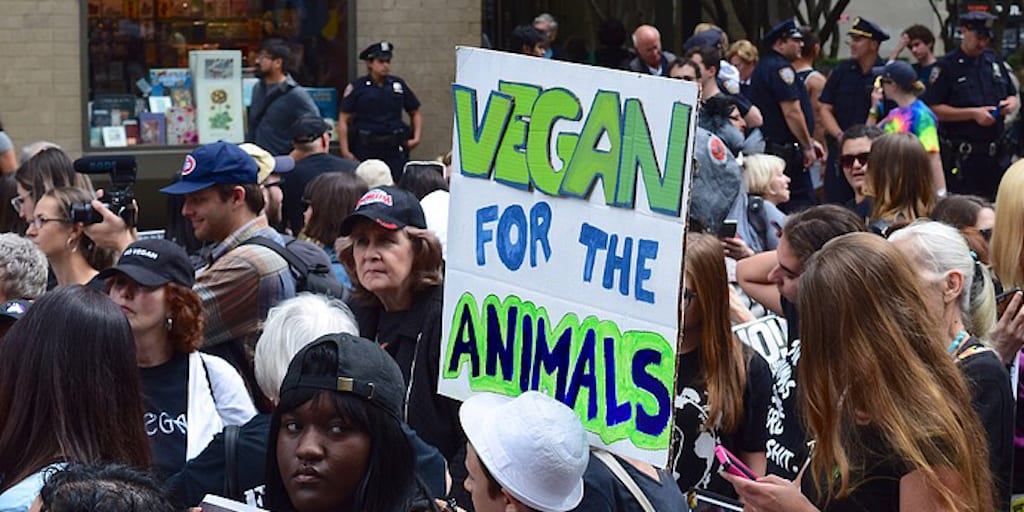 The yearly event was organized for the 3rd time by vegan activist collective Surge and volunteer movement Animal Rebellion – a mass volunteer movement that campaigns to end animal agriculture and uses non-violent civil disobedience tactics to be heard.

The rally marched through London from Hyde Park towards Parliament Square, and halted at Trafalgar Square to snag the central location for almost an hour.

Eminent guest speakers such as profound activist and YouTuber, Earthling Ed (director of the documentary series Vegan Round The World), James Hoot, and representatives from Animal Rebellion, urged the crowds to continue to be active in saving animals from exploitation and abuse.

Surge’s website stated, “The event is planned every year to unite the vegan community globally and to inspire vegans to speak up for animals in their everyday lives and get active in their local communities.”

“The Official Animal Rights March is community driven, with the mission of taking the animal rights movement directly to the streets in the thousands, united against the industries who exploit and use animals.”

The movement has grown since its inception in 2016 and the number of people attending the rally has risen staggeringly.

More rallies are in the pipeline as the movement looks to target more than 40 cities across the globe.

Have you attended an Animal Rights rally? Share your thoughts in the comments below.