‘Recyclable’ Starbucks lids could be even worse for the environment 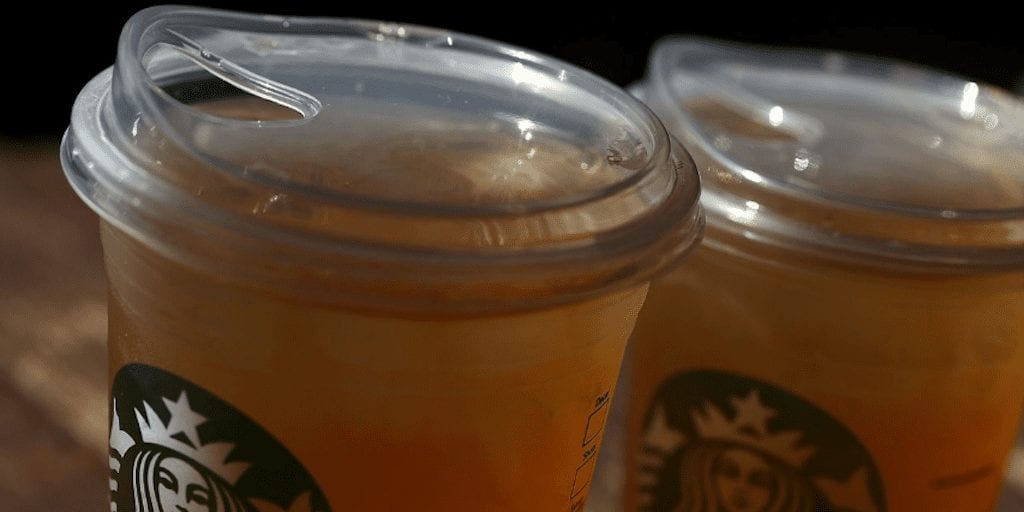 Starbucks has given itself a big pat on the back with the release of its new ‘clear and recyclable’ coffee cup lid.

The coffee giant claims the lid, which funnels liquid through a raised area, will replace a billion straws each year and make the company far more eco-friendly in line with growing consumer demand.

Starbucks’ director of packaging Chris Milne said that the lid will make the company ‘more sustainable and socially responsible’ as ‘the straw isn’t recyclable and the lid is’.

“Starbucks is finally drawing a line in the sand and creating a mold for other large brands to follow. We are raising the water line for what’s acceptable and inspiring our peers to follow suit,” Milne said in a statement.

But critics say, while the lid is made from polypropylene which is recyclable, it’s a material which only 5.1% of which was actually recycled in 2015, according to data from the Environmental Protection Agency.

And since then the plastic has become even less recycled, leading to fears that the lid will actually become a hazard the environment as many lids will end up incinerated, littering the streets and in landfills.

Polypropylene takes potentially hundreds of years to decompose, and the market of recycling the plastic is barely profitable, further reducing the likelihood that this ‘recyclable’ plastic will actually be recycled at all.

Totally Vegan Buzz’s has contacted Starbucks for comment on this article.

What do you think of Starbucks’ new recyclable lid? Share your thoughts in the comments below!