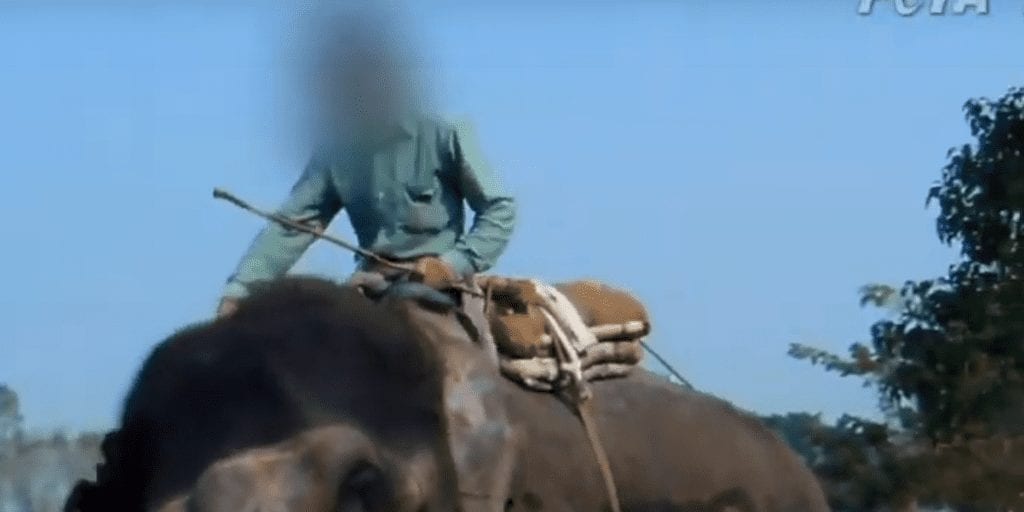 Undercover footage of a brutal festival in Nepal where handlers abuse elephants with bullhooks has convinced countless major companies to cut ties with the event.

The disturbing footage shows handlers repeatedly hitting and jabbing elephants on the head and behind their sensitive ears with bullhooks, sticks and makeshift wooden knives to ‘force them into submission and make them race, give rides, and play football and polo’, according to PETA.

The video shows one elephant being beaten continuously for nearly a minute, and an eyewitness saw another who had watery discharge seeping from one eye, indicating an injury or infection, PETA explained.

Observers also documented that many elephants had deep, bloody wounds around their heads and ears. A young girl was seen covering her mouth in shock after witnessing a baby elephant being beaten with a stick.

“PETA is calling for an end to the event and urging companies to cut ties with this spectacle of suffering immediately.”

According to the group, still-nursing baby elephants are dragged from their mothers, immobilised, beaten mercilessly, burned with torches, and gouged with sticks for days at a time. After their spirits are broken, they spend their lives in servitude, PETA claimed.

“When not being used for entertainment, they’re frequently kept shackled so tightly that they can barely take a single step in any direction,” a statement added.

What do you think of this festival? Share your thoughts in the comments below!