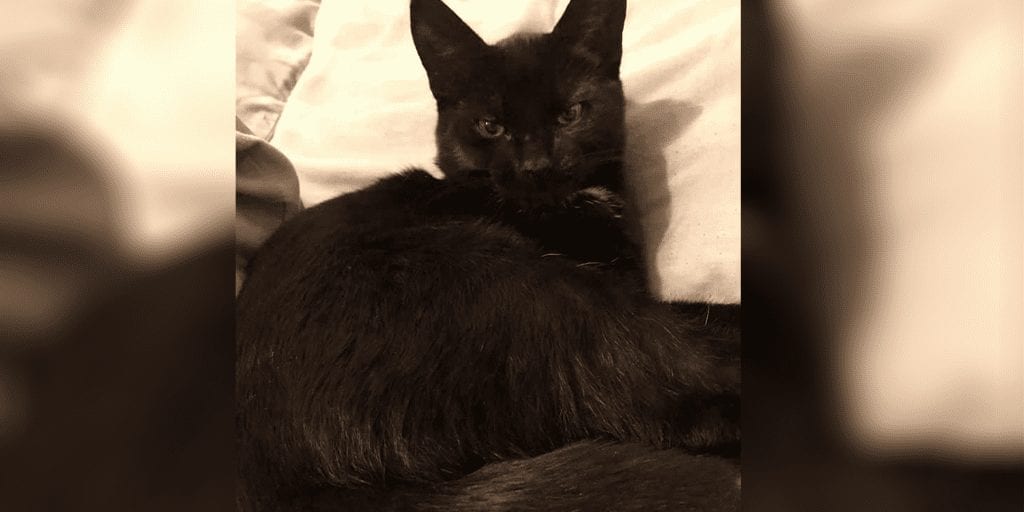 The discovery of a decapitated kitten thought to be killed by the infamous Croydon Cat Killer has led animal rights activists to offer a £2,000 reward for anyone who helps catch the killer.

A distraught pet owner revealed that their cat Neo had been brutally murdered in Brackley, Northamptonshire, UK.

The incident has been linked with the Croydon Cat Killer as the injuries inflicted on the cat were similar to former cases.

Siân Louise Parsons wrote on Facebook: “This is probably the most heartbreaking post I’ve ever had to write but last night my kitten Neo was killed up the Tree Estate, Brackley.

“He had his head cut off by someone. He was only seven months old and didn’t deserve such an awful fate. I am completely broken right now.

“I want the person responsible caught so no one else has to suffer like this.”

Parsons later explained she had been in contact with South Norwood Animal Rescue and Liberty (SNARL) who said they believed the Croydon Cat Killer, otherwise known as the UK Animal Killer, was guilty of the crime.

The Croydon Cat Killer is thought to be responsible for more than 400 deaths of cats, many of which have been decapitated or dismembered.

SNARL wrote: “The ‘UK Animal Killer’ is known to return to areas and in April 2016 another cat was found four minutes away by car with the same mutilation injury, so we will be leafleting this area to raise awareness.”

Fellow pet lovers reacted with horror and disgust to the killing, which has led animal rights group PETA to launch a campaign to find the killer – offering a £2,000 reward.

Director Elisa Allen said in a statement: “It’s imperative that any community faced with cruel and callous acts such as this take measures to find the culprit and bring him or her to justice.

“Animal abusers are a danger to everyone – they take their issues out on whomever is available to them, humans or other animals – and must be caught before they act again.”

Anyone with information is advised to call police on 101 with reference 20000055760. Share this article to help catch the Croydon Cat Killer.