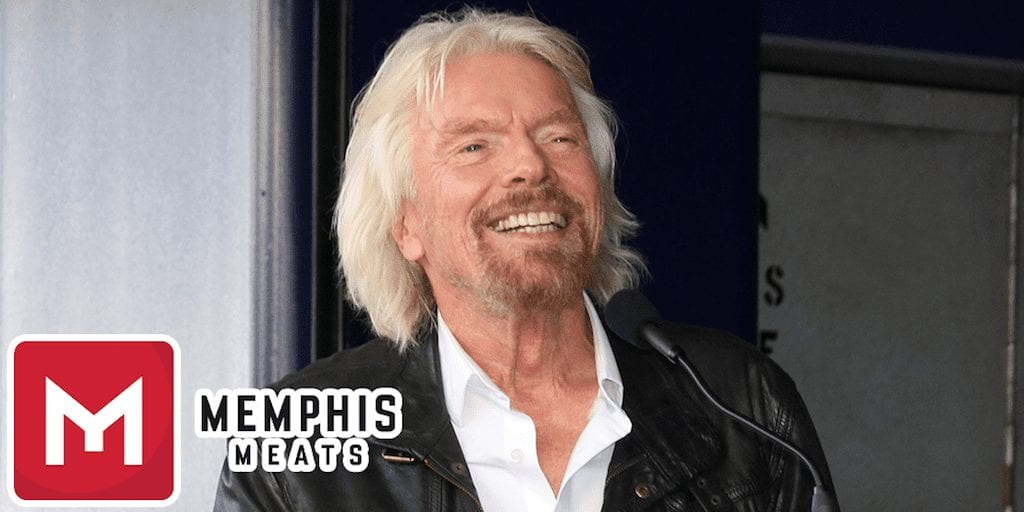 Richard Branson has said the meat industry will be redundant within a few decades as cell and plant-based meat products gain consumers’ confidence and acceptance.

Last week, the British billionaire founder of Virgin posted a blog on his website after sampling clean meat products from Memphis Meats.

Titled “Tasting the Clean Meat of the Future” the article has Branson sharing his thoughts about the future of meat. He writes: “I’m sure future generations will look back and be shocked at our currently accepted meat production methods.”

In his blog, he lauds co-founder and CEO of Memphis Meats, Dr Uma Valeti’s efforts to revolutionize the way meat is processed and produce healthy, delicious and clean cell-based meat.

“I am proud to invest in Memphis Meats, the world’s leading cell-based meat company. They are working to create delicious meats that get to our plates in a new, sustainable way,” writes Branson.

Other stalwart investors associated with Memphis Meats include Tyson Foods, one of the world’s largest meat companies, Bill Gates and Cargill – the second-largest beef producer in the world.

“Our investments will help Memphis Meats to scale, eventually resulting in clean meat becoming less expensive than conventional meat production. It will have a much better calorie conversion, use much less water and land and produce up to 90 per cent fewer greenhouse gas emissions than conventionally-produced meat,” he continues.

Branson adds that clean meat is a more sustainable option. Producing meat is resource-intensive and has a larger carbon footprint with livestock contributing around 18 per cent of all man-made greenhouse gas emissions.

However, he adds: “Clean meat is not the only solution. Plant-based proteins that taste as good if not better than meat are already widely available – you may have seen them in your favourite restaurant or even supermarket aisles.”

“Global consumers already spend nearly $1 trillion per year on meat, and demand for meat is expected to double in the coming decades. (However) meat production has not changed in 10, 000 years. It’s time that changed,” concludes the multi-billionaire.

Elsewhere, in a statement, Valeti said: “The world loves to eat meat, and it is core to many of our cultures and traditions.

“The way conventional meat is produced today creates challenges for the environment, animal welfare and human health. These are problems that everyone wants to solve.”

What do you think of Richard Branson’s thoughts on the future of the meat industry? Share your thoughts in the comments section below!