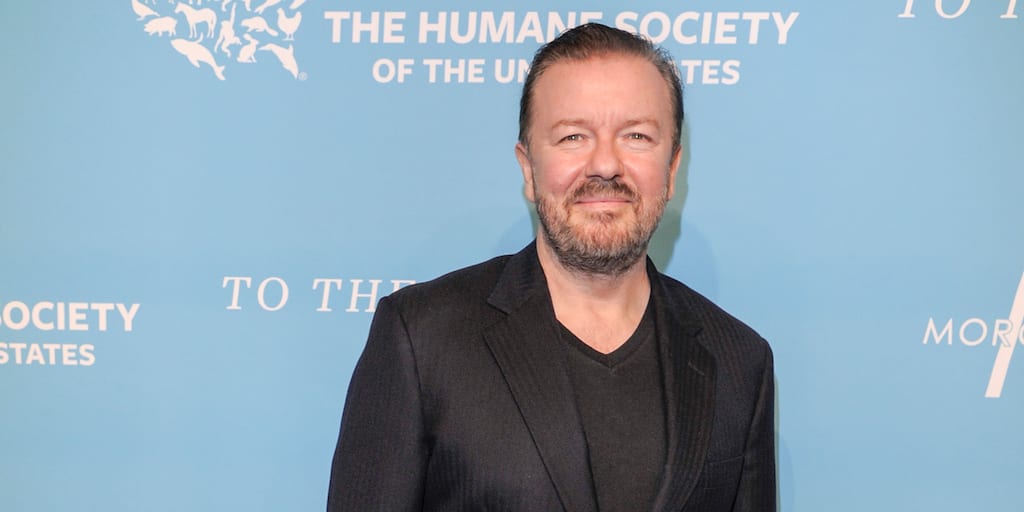 ‘For the sake of people and animals, wildlife trade and consumption has to end, now.’

Ricky Gervais called for a global shutdown of wet animal markets and a ban on wildlife trade while speaking to the Mirror on the current pandemic situation that has claimed more than 1,26,681 lives at the time of writing.

The actor and animal rights activist made the comments after the tabloid revealed images of live bats and reptiles still on sale alongside dogs in Indonesia.

According to experts the coronavirus reportedly spawned from one such wet market in China, Wuhan and has since spread globally forcing countries into lockdowns.

“For the sake of people and animals, wildlife trade and consumption has to end, now,” the 58 year old told the tabloid, adding that if humans kept on exploiting the animal kingdom, we could soon again find ourselves facing another pandemic.

“We can’t carry on exploiting animals, eating wildlife and trashing the planet,” he warned.

In a separate livestream on his Twitter account, the animal lover reiterated the risks posed by wet markets and stressed on how COVID-19 could easily not be the last pandemic humanity has witnessed, if stricter measures are not enforced.

He said: “This will happen again. The wet markets are already opening in China and other parts. They are already getting back to it. This comes from animals, like all the other things, MERS and SARS… it comes from animals and f***ing eating things you shouldn’t. I don’t know what to do. What can I do? I’m annoyed at sunbathers so if I saw a wet market, I don’t know what I’d f***ing do.”

According to reports China reportedly allowed its markets in south-west China’s Guilin and southern China’s Dongguan to reopen and resume selling bats, pangolins and dogs for human consumption. Also, footage released by the Mirror showed that wet markets in Indonesia and Thailand continued to operate despite the pandemic.

Ironically, while Asian wet markets are going unchecked, the Chinese Ministry of Agriculture and Rural Affairs released a draft policy earlier this month banning dog meat from consumption. The newly proposed regulation states that dogs “have evolved from traditional livestock to companion animals,” and thus excluded.

‘Shut them down right away’

Gervais is not the only one to have called for a global wet market ban.

America’s chief infectious disease expert Dr. Anthony Fauci mentioned that the ongoing public health crisis is a “direct result” of the thriving wet animal markets and demanded  that they “should shut down those things right away.”

PETA has even launched a petition urging the WHO to shut these markets across the globe to prevent future pandemics and end the horrific torture that animals are subjected to for food.

“Just as we don’t want to be infected with or die from COVID-19, other animals don’t want to suffer or be killed for food, “wrote PETA in a statement

“No matter what species they are peddling, live-animal meat markets will continue to put the human population at risk as well as sentencing countless animals to a miserable death.”

Share this story to reveal the truth of wet markets.