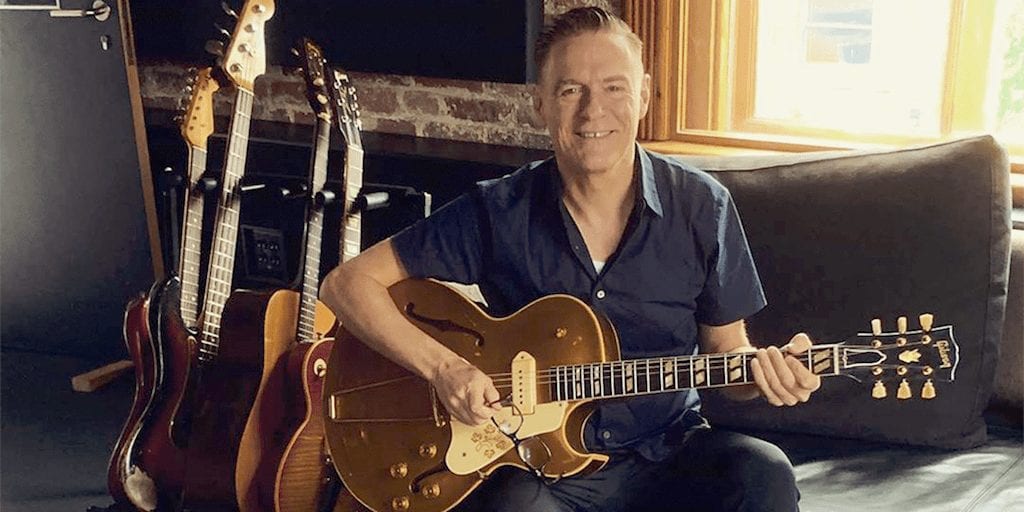 Canadian singer Bryan Adams has been a vegan since 1989 and believes this has led him to look young even at 60.

Bryan Adams admits that eating a plant-based diet has kept him healthy and is possibly the reason behind why his locks have not yet greyed.

In an interview with The Mirror, he said: “I’d love to see a comparison photo of me if I hadn’t taken this path. My guess is I’d be a lot heavier and perhaps I’d have gone grey.

“Oddly, at 60, neither have happened, and I can only attribute that to what I’ve been ingesting.”

Adams turned vegan in 1989 and while health was a factor, his love for animals was another reason he switched to plant-based foods.

He told PETA in an interview: “My motto has always been, If you love animals, don’t eat them.”

“Being sympathetic to animal rights is just something that came very naturally to me.

“The moment I began to understand what was going on with the treatment of animals, it led me more and more in the way of the path I am [on] now, which is a complete vegan,” he added.

Adams has long advocated animal welfare and is a conscientious environmentalist.

He shared a picture of himself on Instagram wearing a t-shirt which read ‘please stop killing whales’.

“Just the fact that this T-shirt has to get printed blows my mind,” he wrote on his wall.

In a bid to offset the carbon footprint he generates in the wake of his world tours; Adams suggested planting a tree for every ticket sold after supporting The Daily Mail’s Great British Spring Clean in March.

On his recent tour, his sponsor DHL backed his green idea and the musician hopes other touring artists will follow suit.

For his upcoming his tour to Europe and the United States in 2020, the singer has tied up with The Mirror’s MillionMirrorTrees campaign to plant a tree for every ticket sold to help combat deforestation.

What benefits have you seen following a plant-based diet? Share your thoughts in the comments below!