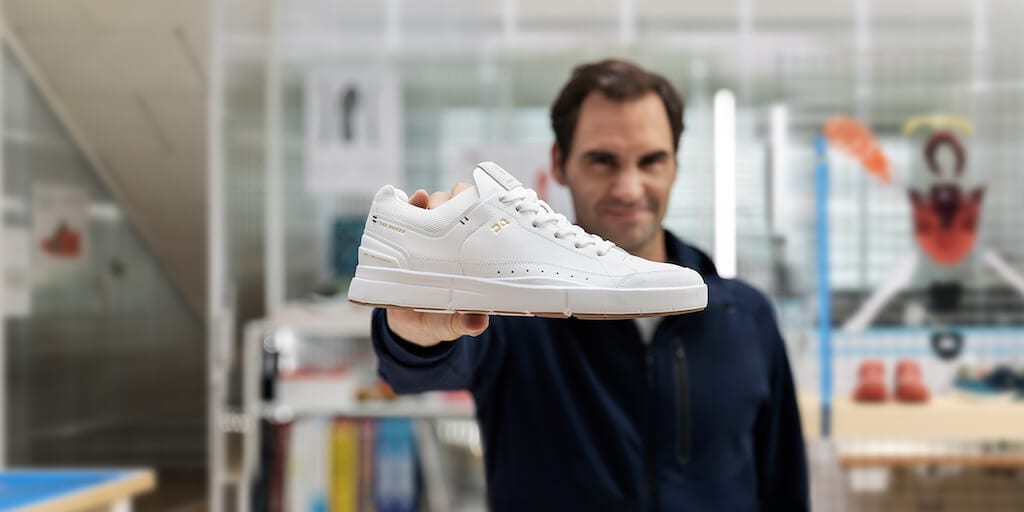 Swiss tennis maestro Roger Federer has launched his first vegan sneaker in collaboration with Zurich-based performance brand On, the company he joined as an investor last year.

Dubbed The Roger Centre Court 0-Series, the tennis inspired sneaker features On’s signature bubble like CloudTec sole for “unrivalled cushioning” and Speedboard technology embedded in the sole that improves a runner’s agility by returning energy from the impact to make “every step feel lighter” along with a soft sock interior to provide comfort and ventilation.

Commenting on the design, Federer said in a statement: “The minimalist design and easy comfort of On’s shoes had me hooked years ago. I wanted to infuse the tennis sneaker with the same lightness, comfort and agility for every day.

“I love working with the On team, using my knowledge of performance footwear and personal interest in fashion to contribute to product development. I’m proud to be a part of the creation of The Roger, which is the most comfortable tennis-inspired sneaker you will ever wear.”

According to On, the shoe scores on the sustainability meter as well. It is crafted from vegan leather and has been designed to reduce material consumption and its environmental footprint. The pair is one-third the weight of most sneakers, which come with heavy rubber soles.

“We love to explore and aspire to protect the incredible natural beauty that surrounds us, hence this new generation of tennis-inspired sneakers has been created with sustainability in mind,” On co-founder David Allemann, said.

“The Roger is crafted from vegan leather and has been designed for lightness to reduce material consumption.

“The result is a significantly smaller environmental footprint for this tennis-inspired sneaker. The vegan leather has approximately 30 percent of the footprint of animal leather,” he explained.

The 0-Series of The Roger Centre Court edition was unveiled on July 6 to coincide with the anniversary of Federer’s first Wimbledon victory 17 years ago.

The first batch is limited to 1,000 pairs. Each pair is individually numbered, features black stitches, gold embossing, and a personal message from Roger Federer.

The shoes will be available through a draw on On’s website and exclusively at Dover Street Market retailers worldwide at a price of $249.99.

Allemann said: “We’re super excited to be releasing The Roger Centre Court; combining On’s years of performance design with our new teammate’s contribution has produced an awesome shoe – and we’ve had a lot of fun doing it.”

Share this news to let others know of -The Roger Centre Court 0-Series.