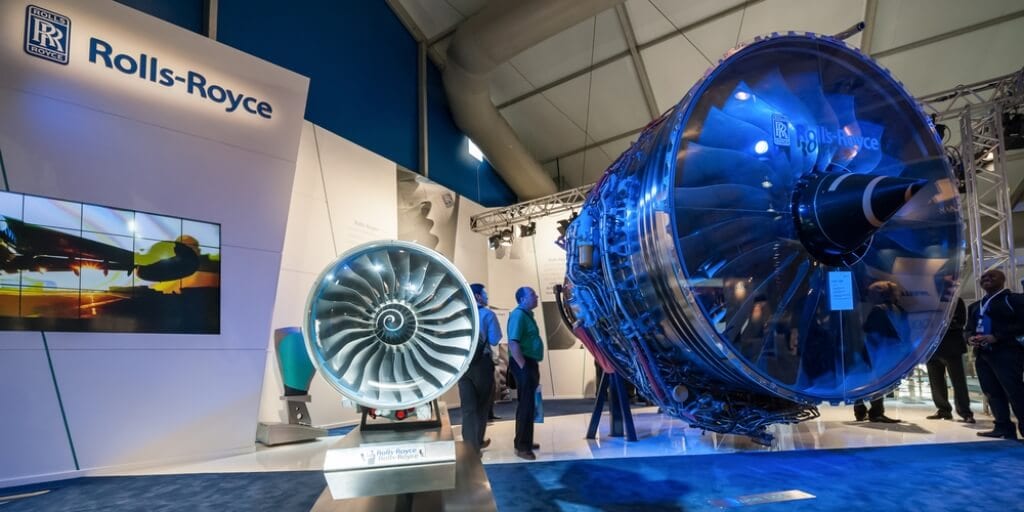 “To combat the climate crisis, that power must be made compatible with net-zero carbon emissions.”

British engineering company Rolls-Royce has pledged that all of its new civil aircraft engines will be compatible with net zero targets by 2030.

The move is part of the company’s decarbonising plans that depend on replacing fossil fuels with synthetic alternatives called “sustainable aviation fuels” or SAF, which are yet to be approved.

According to the Guardian, the fuel is produced from non-oil sources and if approved could help reduce the tonnes of carbon dioxide produced by traditional jet fuel.

The company’s strategy to cut emissions and make its entire business net zero by 2050 also includes next-generation technologies to advance its engine portfolio, and introduction of new low- or zero-emission products – such as fuel cells, microgrids, hybrid-electric and all-electric systems.

The targets also cover other sectors to which the company supplies systems, including shipping and energy since its products power “some of the most carbon-intensive parts of the economy”.

“We pioneer power that is central to the successful functioning of the modern world,” Warren East, Rolls-Royce’s chief executive said.

“To combat the climate crisis, that power must be made compatible with net-zero carbon emissions.

“This is a societal imperative as well as one of the greatest commercial and technological opportunities of our time.”

To ensure it meets its net zero targets, the company will increase research & development funding on low-carbon technologies from 50% currently to almost 75% by 2025 to 100% by 2030.

It will also see that all of its civil aircraft engines including its Trent large jet engines and business jet engines use 100% SAFs within three years.

The company further added that it was working with major oil and gas companies, such as Shell, to help scale up the production of SAFs since the production remains far more expensive than petroleum fuels.

Rolls-Royce is looking at developing its own SAFs in the future.

“There is no single solution to net zero and so we are innovating across multiple areas simultaneously,”the company said in its official statement.

“ However, the pace and prioritisation of technological solutions, as well as global consistency and collaboration in policy, will also be key to success.”

Rachael Everard is the Head of Sustainability at Rolls-Royce. She added: “Through our decarbonisation strategy and our net zero commitments, we will make Rolls-Royce a net zero carbon company through how we work and operate.

“We will ensure that our products can be used in a way that is compatible with net zero; and, we will use our capabilities to pioneer new breakthrough technologies that will accelerate the global transition.”

Share this story: Rolls-Royce announces plans to make all products compatible with  net-zero targets by 2030.