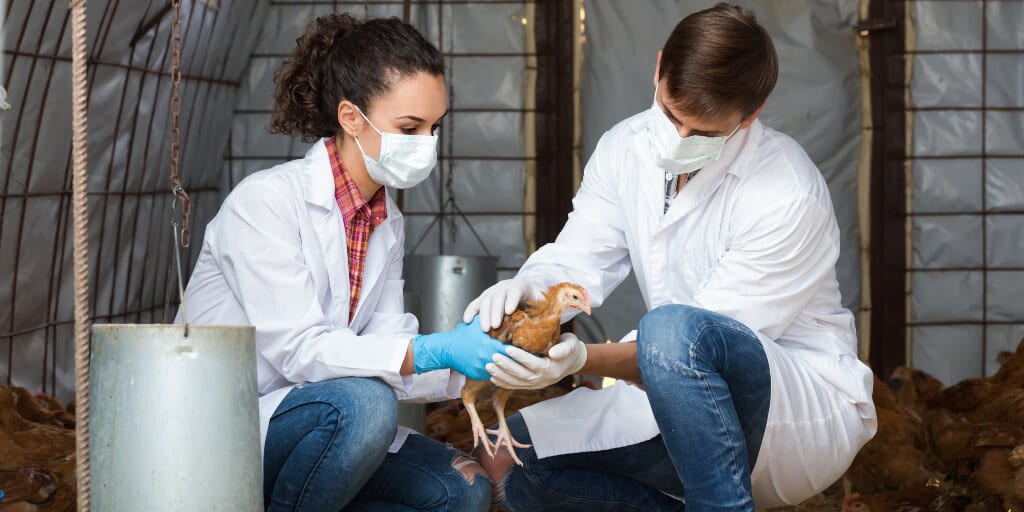 According to reports, the Vector Institute in Siberia has started developing human tests and a vaccine against H5N8.

This week, Russia reported the first cases of the H5N8 bird flu infection in humans.

Seven poultry farm workers tested positive for the virus, after being in close contact with infected birds.

According to Anna Popova – the Head of Russia’s consumer health watchdog – all seven workers are “now feeling well” and ‘adequate’ measures have been taken to limit the spread.

She added that there no signs of transmission between humans and the World Health Organization has been informed about the development.

The strain’s genetic material from the infected workers was isolated by Russia’s Vektor laboratory.

Praising the “important scientific discovery”, Popova said: “The discovery of these mutations when the virus has not still acquired an ability to transmit from human to human gives us all, the entire world, time to prepare for possible mutations and react in an adequate and timely fashion.”

The Vector Institute in Siberia — which developed Russia’s second COVID-19 vaccine – has started developing human tests and a vaccine against H5N8, according to the RIA news agency.

While this is the first case of an H5N8 strain being passed on, other strains – H5N1, H7N9, and H9N2 – have been known to spread to humans.

861 confirmed human cases and 455 deaths due to H5N1 have been reported to the World Health Organisation, from 16 countries since 2003.

The statistics show that 60% of those infected with the virus died, even though human infection rates with this virus are relatively low.

The global spread of this highly pathogenic strain in birds is considered to be a significant pandemic threat.

According to American nutritionist Dr. Michael Greger, chicken farming could lead to a health crisis ‘100 times’ greater than Covid-19.

In his book titled How To Survive A Pandemic, the vegan doctor wrote that half the world’s population could be wiped out by a disease from poultry farming if global farming practices continued in the same manner.

“When we overcrowd animals by the thousands, in cramped football-field-size sheds, to lie beak to beak or snout to snout, and there’s stress crippling their immune systems, and there’s ammonia from the decomposing waste burning their lungs, and there’s a lack of fresh air and sunlight — put all these factors together and you have a perfect storm environment for the emergence and spread of disease,” said Dr. Greger.

He added: “If you actually want to create global pandemics, then build factory farms.”