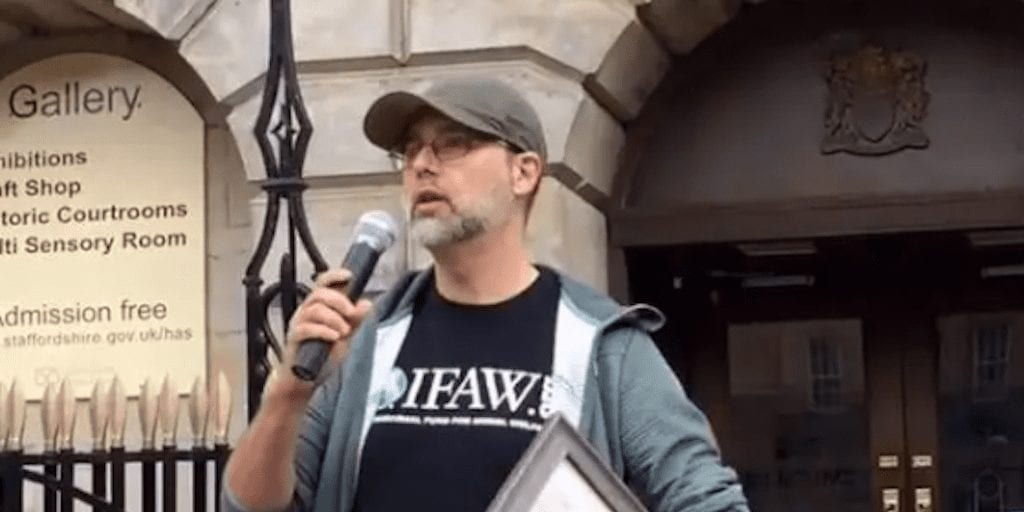 Veganism could be protected by law as a ‘philosophical belief’ similar to a religion, after a vegan claimed he was fired for his views.

Former employee of League Against Cruel Sports, Jordi Casamitjana, argues he was discriminated against for being vegan.

He claimed he was fired after he exposed the charity to other employees for investing its pension funds in firms involved in animal testing.

A tribunal will decide if his vegan beliefs should be protected by law, in a landmark ruling for vegans across the UK.

The League Against Cruel Sports has dismissed the claims of Casamitjana, explaining he was fired for gross misconduct.

Next March an employment tribunal will decide for the first time if veganism is a philosophical belief to be protected by law.

It is illegal for employers to discriminate against employees because of their religion or belief.

Louise Davies, head of campaigns, policy and research at The Vegan Society, told Totally Vegan Buzz: “The Vegan Society is supporting the hearing to determine the question of whether Ethical Veganism is philosophical belief under the Equality Act 2010.

“For many people, veganism is a deeply held belief. This could be a landmark ruling that will not only recognise the validity and importance of veganism, but also confirm that the needs of vegans in their employment and their everyday lives must be taken seriously.”

Casamitjana describes himself as an ‘ethical vegan’.

“Some people only eat a vegan diet but they don’t care about the environment or the animals, they only care about their health,” he told the BBC:

“I care about the animals and the environment and my health and everything.

“That’s why I use this term ‘ethical veganism’ because for me veganism is a belief and affects every single aspect of my life.”

The term ‘ethical vegan’ is often used by vegans who, in addition to following a plant-based diet, do not wear clothes made of wool or leather, use any products tested on animals or visit zoos in order to avoid all forms of animal exploitation.

Casamitjana has claimed he discovered the animal welfare charity was investing its pension fund in companies that carry out animal testing.

To qualify as a philosophical belief, veganism must be genuine, be a weighty and substantial aspect of human life and behaviour and attain a level of cogency, seriousness, cohesion and importance.

It must also be deemed worthy of respect in a democratic society, not be incompatible with human dignity and not conflict with the fundamental rights of others.

Casamitjana’s solicitor, Peter Daly, of Bindmans LLP, told the BBC: “If we are successful, we will achieve a judgment which formally recognises the protected status of ethical veganism and which could then be used as the basis to combat discrimination against vegans in employment, in the provision of goods and services, and in education.”

What do you think of this landmark ruling? Tell us in the comments section below!