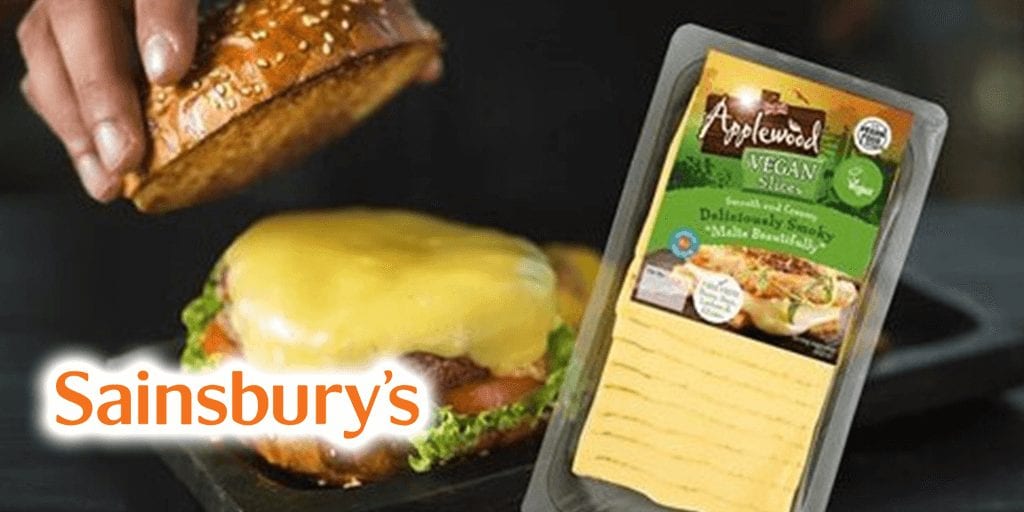 ‘There is an increasing demand for vegan cheese, not just among the vegan community, but also with flexitarians.’

The cheese company has secured listings at the supermarket and its vegan product will be available in 304 Sainsbury’s stores across the UK starting next month.

The coconut-based dairy-free product fortified with calcium and B12 has been in popular demand since its launch prompting the company to release it in slices as well.

Norseland Ltd, the dairy giant behind Applewood fame will also roll out its newest vegan cheese, Mexicana Vegan on July 20 at 300 Asda supermarkets across the UK. Similar to its original dairy-based Mexicana cheese, the new vegan friendly cheese is spiced with bell peppers and jalapeños, however, it is free-from lactose, milk, eggs, soy, nuts, and gluten and comes fortified with vitamin B12 and calcium to pack in the nutrients.

“The success of Applewood Vegan has been phenomenal. The excitement around the launch back in October was amazing with 40% of the Asda stores stocking it sold out, which started us thinking about how we could innovate with the cheese, which has led to the creation of the new slices product,” said Lisa Harrison, Senior Brand Manager for Applewood.

“We are over the moon that Sainsbury’s is on board and has agreed to stock it in 304 stores from 14 June; they will be a great partner for the cheese slices. It shows that there is an increasing demand for vegan cheese, not just among the vegan community, but also with flexitarians.”

Share this news to let others know of the new vegan cheese slices from Applewood.