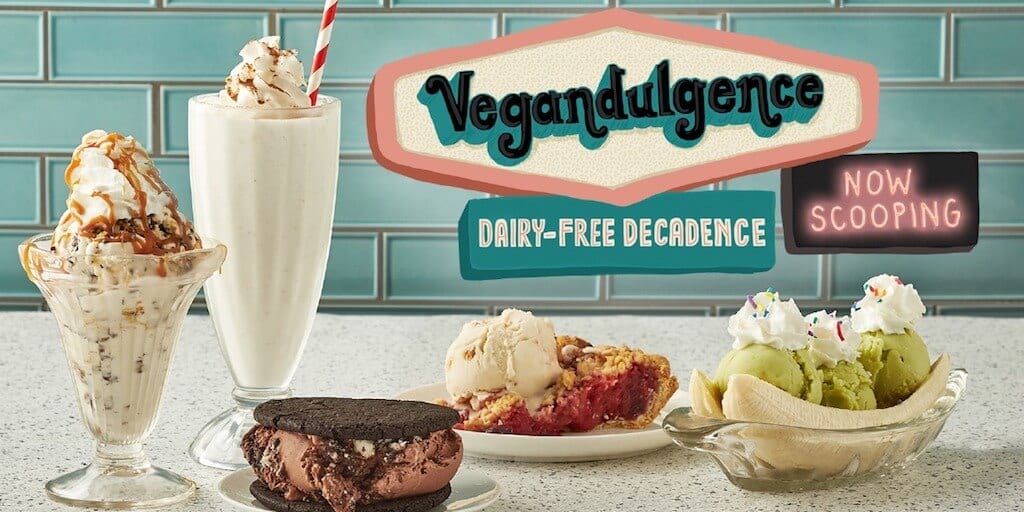 The ice creamery is introducing five new flavours using rich, plant-based ingredients like oat milk, coconut cream, hazelnut butter, and avocado which give the ice creams such a luscious texture that the company’s press release describes it as putting “cow’s cream to shame.”

The newest flavours are 100% dairy and gluten-free.

The Chocolate Hazelnut Cookies & Cream flavour is the most decadent ice cream thanks to the trifecta of single-origin chocolate, coconut cream, and hazelnut butter topped with homemade “Oreos”.

The Coconut Rice Pudding, which is Salt & Straw’s version of the classic dessert is made with Jasmine rice cooked in coconut milk and spiced with cardamom and cinnamon.

The Banana Avocado Sorbet is a simple yet delicious mix of the two fruits that focuses on the natural flavor and velvety texture of avocados and the nutritional sweetness of bananas.

“We’re using everything we know about the science of ice cream including the freezing of proteins to make the most indulgent vegan ice cream possible,” Salt & Straw head ice cream maker, Tyler Malek, said.

The seasonal “Vegandulgence” flavors are available at all Seattle scoop shops across the U.S., including Portland, Los Angeles, Anaheim, San Diego, and the Bay Area until 5th February.

This isn’t the ice cream maker’s first go at scoops of vegan treats.

Salt & Straw has maintained 20 % vegan flavours on its year-round menu since 2019.

Share this story to let others know about Salt& Straw’s new vegan lineup of ice creams.