San Francisco city jails to slash 50% of meat, dairy and egg consumption by 2024 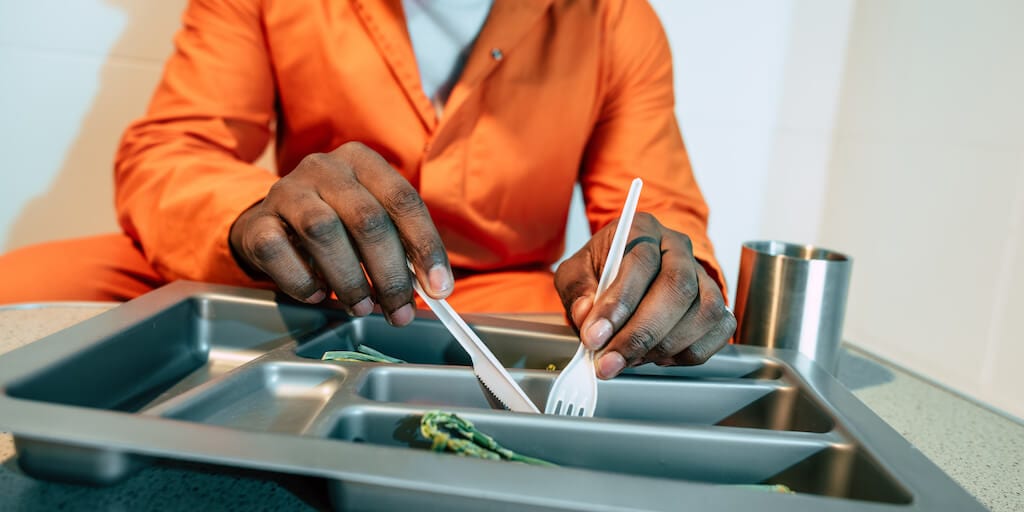 The San Francisco Board of Supervisors has voted to slash the amount of animal products served in jails and hospitals.

Sponsored by supervisors Sandra Lee Fewer and Rafael Mandelman, the new law demands that city jails reduce the purchasing of animal products, including meat, dairy, and eggs, by 50 percent by 2024 while public hospitals reduce purchasing the products by 15 percent by 2023.

‘First of its kind’

While introducing the animal product reduction agenda item on July 28, supervisor Fewer said, “People will look back in 20 years and say, ‘Wow, I can’t believe that we were eating all this meat.’”

According to reports, this new ‘first of its kind’ law follows pressure from animal rights and environmental advocates urging the city to use its purchasing power to advance those causes.

“Animal agriculture is the next frontier for a rising divestment and defunding movement towards a more compassionate and sustainable world,” Victoria Gu, a volunteer with Compassionate Bay, one of the organizations advocating for the measure said in a press release.

While San Francisco is looking to reduce the consumption of animal products in jails and hospitals, the Arizona Department of Corrections (ADOC) just replaced Halal and Kosher food with vegan meals.

Speaking to Phoenix New Times, Bill Lamoreaux, an ADOC spokesperson said: “The new Common Fare Meal provides accommodations and the ability to be more inclusive for the changing dietary needs of those incarcerated.”

He added that the vegan meals, which launched on August 1 met “Halal, Kosher, and vegan religious standards,” and were not in violation of the prisoners’ constitutional rights

According to Correction Commission Cynthia Brann, the Meatless Monday initiative would not only help in providing more nutritious options once a week but also encourage a healthier planet with less carbon emissions, the New York Daily News reported.

Share this story to let others know about the new law slashing animal products by the San Francisco Board of Supervisors.