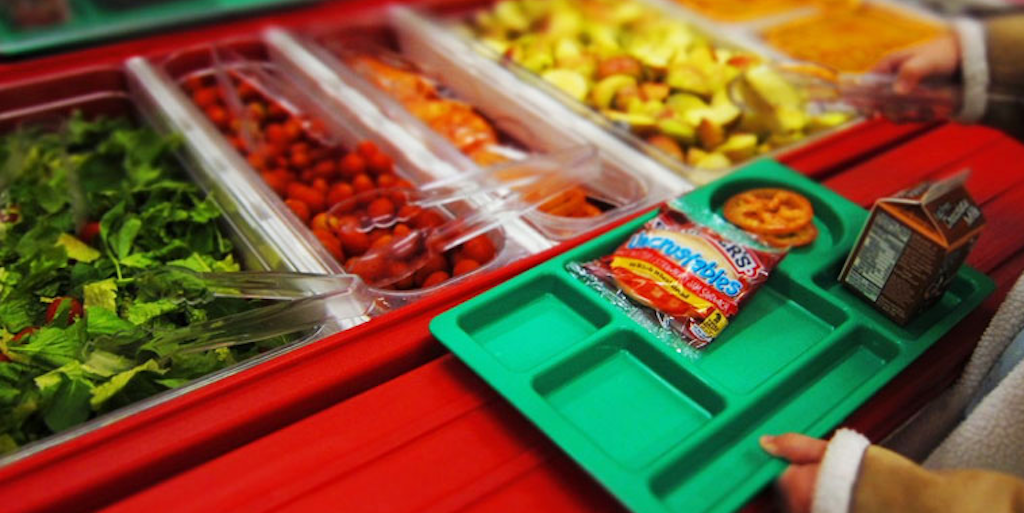 Schools in Glasgow will now need to offer a plant-based school meal option thanks to a human rights challenge by vegan campaigners.

A parent in East Renfrewshire made a request for their child to have a vegan option available, but authorities initially rejected the request.

Go Vegan World stepped in to help the vegan parent, citing human rights violations, which led the local authority to accept the request and develop a  menu suitable for vegans. The menu now is available on request for students in the local area.

And schools throughout Glasgow have followed suit and will offer a three-week vegan menu available in all schools and nurseries in the city.

Go Vegan World’s legal representative, Barbara Bolton, said: “Vegans have the same protections as those who hold religious beliefs. They have the right to live according to their moral conviction that it is wrong to use and kill other animals and they must not be discriminated against.

“We are working to raise awareness among vegans so they have the information they need to challenge rights breaches, whether that be a failure to provide suitable food in school, hospital or prison, difficulties at work, or challenging indoctrination in school through teaching in a way that conflicts with the vegan philosophy.

“We are assisting vegans with rights-based challenges whenever we can.”

Campaigners hope the landmark decision could spread vegan options throughout Scotland and beyond. Go Vegan World are currently in the process of helping other vegan parents negotiate with schools around the country, including one in the Scottish Borders.

The group said certain councils have calimed it is not possible to give kids vegan meals which meet their nutritional requirements.

Ms Bolton told The Scotsman: “That is quite clearly inaccurate. They do not appear to be aware the British Dietetics Association has long confirmed that we can get all the nutrients we need on a fully plant-based diet at every stage of life.

“If Glasgow and East Renfrewshire can create a vegan menu that complies with the current nutritional requirements for schools, the Borders can too.”

A spokesperson for East Renfrewshire Council said in a statement: “We provide more than 11,000 meals every day across all our schools and cater for a wide range of dietary requirements, including allergen-free, kosher, halal, celiac and gluten-free options.

“Any parent or carer who requests a meal to meet the needs of a special diet, which includes vegan meals, will be catered for to ensure we continue to offer a wide-ranging menu which is inclusive for all.”

A Scottish Government spokesman added: “It is for councils to consider the food on offer and we expect them to make reasonable efforts to accommodate dietary requirements so it is welcome to see these options being made available to pupils.”

What do you think of the landmark ruling? Tell us in the comments section below!