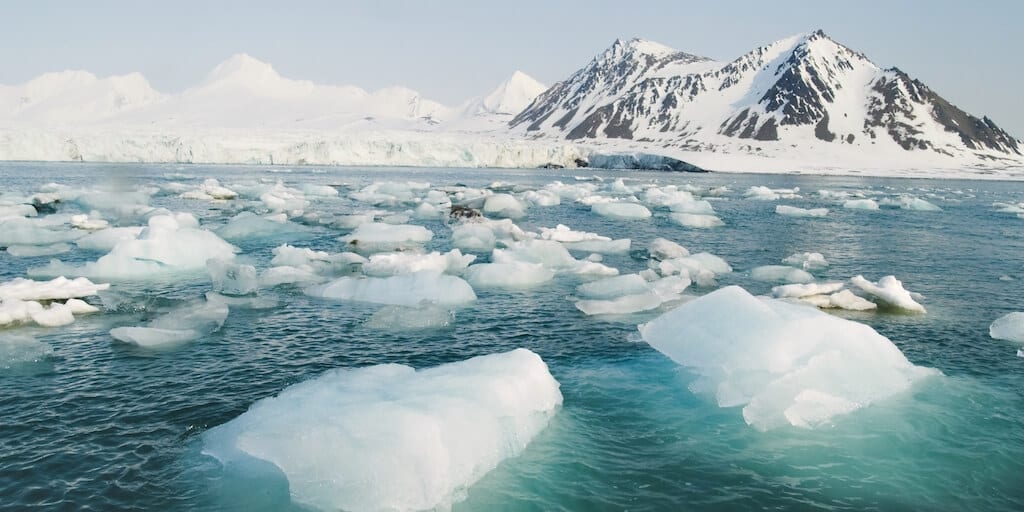 According to climate scientists, the Arctic could experience its first “ice-free” summer between 2030 and 2050.

Climate scientists note that the main nursery of the Arctic sea ice in Siberia has yet to start freezing even though October is nearly over, a phenomenon that is happening for the first time since records began.

According to scientists, the delayed annual freeze in the Laptev Sea, which is known as the birthplace of ice, is a result of the protracted warmth in the northern part of Russia and the intrusion of Atlantic waters.

‘Ten times the size of Germany is missing’

Climate scientist Lars Kaleschke from the Alfred Wegener Institute in Germany, said: “This year, after a warm summer, we see that the [amount of] ice is the second-lowest on record.

“We see a delayed freeze-up of this area and we currently have 4 million square kilometres less sea ice than usually expected compared to the 1980s. That’s ten times the size of Germany that is missing.”

While the trapped heat is taking a longer time to disperse into the atmosphere, leading to a delay in ice formation, scientists also consider this event another example of the present-day consequences of human-driven climate crisis.

According to The Guardian, “Climate change is pushing more balmy Atlantic currents into the Arctic and breaking up the usual stratification between warm deep waters and the cool surface. This also makes it difficult for ice to form.”

Walt Meier, Senior Research Scientist at the US National Snow and Ice Data Center, said that much of the old ice in the Arctic is now disappearing, leaving thinner seasonal ice. The average thickness of the ice is almost half of what it was in the 1980s.

The scientists warned that this delayed freeze could amplify a possible knock-on effect across the polar region.

Sharing a series of related graphics on Twitter, Zachary Labe, a postdoctoral researcher at Colorado State University, told The Guardian: “2020 is another year that is consistent with a rapidly changing Arctic.

“Without a systematic reduction in greenhouse gases, the likelihood of our first ‘ice-free’ summer will continue to increase by the mid-21st century.”

#Arctic sea ice extent is currently the lowest on record for the date. The amount of open water this fall is absurd.

According to Meier, data and models suggest that the Arctic could experience its first “ice-free” summer between 2030 and 2050.

While the sea ice trend forecast is grim, Dr Stefan Hendricks, a sea ice physics specialist at the Alfred Wegener Institute, said he is not surprised. “It is more frustrating than shocking. This has been forecast for a long time, but there has been little substantial response by decision-makers,” he said.

Dr Hendricks wasn’t alone in expressing his frustration over the conditions in the Arctic and pointing to the new record as just the latest evidence about the urgent need to address global warming.

Food & Water Watch, an environmental organization, tweeted about the situation and wrote: “This is a frightening milestone.

“Our leaders must act to curb and mitigate climate change.”

This is a frightening milestone. Our leaders must act to curb and mitigate climate change. https://t.co/XzGca3HUkh

The Green Party in the UK, sharing the report, stated: “The Arctic sea ice’s annual freeze has yet to begin – making it the latest ever.

“This follows the Siberian heatwave, with temperatures as high as 38C. There’s more open sea in the Arctic than ever.

The Arctic sea ice's annual freeze has yet to begin – making it the latest ever.

This follows the Siberian heatwave, with temperatures as high as 38C.

There's more open sea in the Arctic than ever.

Share this story: Scientists warn of  ‘frightening milestone’ as Arctic sea ice yet to freeze