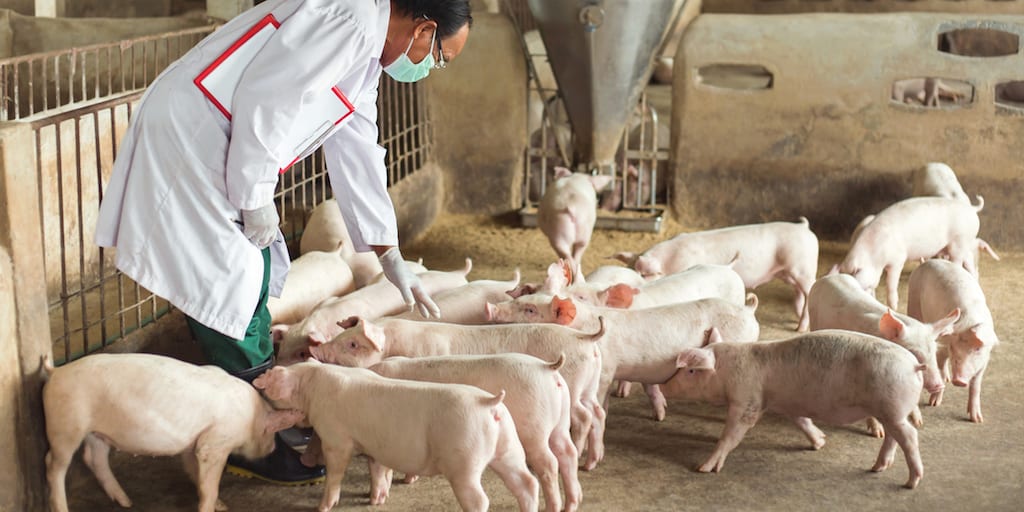 Researchers have warned that the blood of slaughterhouse pigs which is infected with hepatitis E is making its way into the meat industry and is posing a serious risk to human health.

Scientists from Virginia Polytechnic Institute and State University have been investigating the human food supply chain in the US. Their findings from the pork industry published in Emerging Infectious Diseases make grim reading.

“40 percent of U.S. slaughterhouse pigs (sampled) were seropositive for HEV (hepatitis E virus), indicating prior HEV infection of the pigs on the farms, which was consistent with prior estimates for farmed U.S. pigs,” the report explains.

Research into the pork industry in many countries across the world has consistently found infections in pigs which pose a risk to human health.

The virus can be transmitted when undercooked or raw infected pork is consumed by humans, the researchers warned.

Anyone infected is then estimated to be contagious for several weeks, and symptoms take up to two months to develop after the virus is first transmitted.

Researchers wrote: “We previously showed that HEV-3 is present in U.S. swine herds and that a small proportion of commercial pork products, such as liver and chitterlings, from U.S. grocery stores contain infectious HEV.

“However, the current HEV infection status of U.S. market-weight pigs at the time of slaughter, the entry point to the food supply chain, remains unknown.”

The study took 23,000 samples from 25 slaughterhouses in 10 states between 2017-2019, acquired from blood on the slaughterhouse floor.

40 percent of the samples were infected with the virus, but only 6 percent of the pigs were detected to have HEV viremia. However, infected blood can contaminate other pork products which would otherwise be free of the virus.

Scientists say the figures are worryingly high as numbers of humans infected with the virus are on the rise.

Share this article to reveal the dangers associated with the pork industry. What should be done to prevent the spread of disease? Share your thoughts in the comments section below!