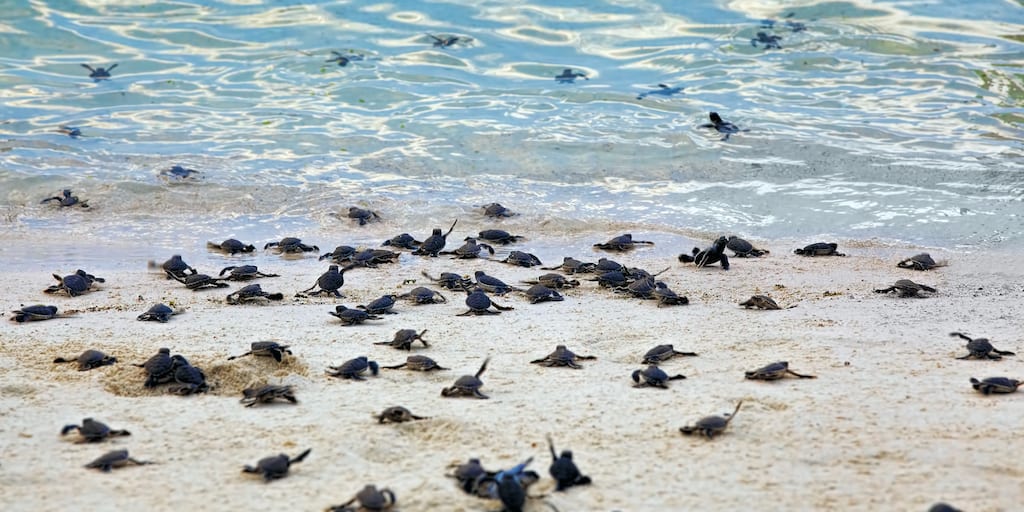 THE COVID-19 lockdown has given rise to some spectacular phenomena in the animal kingdom with people sighting dolphins, civets and other animals enjoying their undisturbed moments in the sun.

At the same time, Gahirmatha, another principal mass nesting site in Odisha hosted as many as 407,194 olive ridley turtles, who returned to lay their eggs.

The numbers are staggering after the sea animals’ absence last year on account of the coast experiencing cyclones at the time of the annual nesting period. This coupled with the fact that lockdown and social distancing directives ordered for COVID-19 have allowed the sea turtles to nest without human interference even during the day.

Local government officials said daytime nesting along the Rushikulya rookery has been recorded after seven years.

“The last time we saw day time nesting of olive ridleys along this site was in 2013. Usually, they come on to the beach for nesting only during the night. This March was special for us as we saw the species visiting the site at night and even during the day, in equally good numbers,” Amlan Nayak, district forest officer in Berhampur, Odisha, told Mongabay-India.

According to forest department officials, the nesting season this year has produced nearly 60 million eggs.

According to a Guardian report, nearly 100 hawksbill sea turtles hatched last month in Paulista, a town in the north-eastern state of Pernambuco.

Locals were instructed to steer clear of Pernambuco’s shoreline following Governor Paulo Câmara orders of a partial shutdown amid the COVID-19 pandemic.

According to Roberto Couto, Paulista’s environmental secretary, the coastline attracts many sea turtle species including the hawksbill, the green sea turtle, the olive ridley turtle and the loggerhead turtle.

The animals lay their eggs in January with the hatchlings emerging in April or May. This year more than 300 turtles have hatched there, said Couto.

Although the olive ridley sea turtles are considered the most abundant species in the world, they are still listed as vulnerable by the IUCN Red List. Brazil’s Tamar conservation project also lists hawksbills as critically endangered species.

According to the World Wildlife Fund, nearly all turtles are endangered since many are killed for their eggs, meat, skin, and shells, coupled with facing adverse circumstances arising from the destruction of their natural habitat due to unscrupulous fishing activities and climate change.