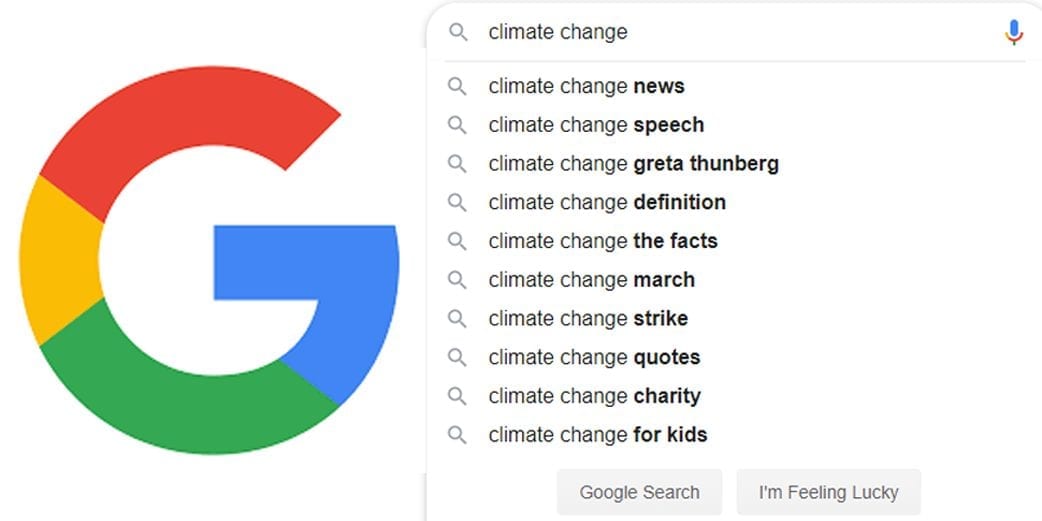 According to Google Trends’ September report, people were more interested in climate change activities than TV show Game of Thrones for the first time since the show launched.

On an average, Google is asked more than 3.6 billion questions daily and Google’s analytical website reported that the most searched question last month was related to ‘climate change’.

Last month has been pivotal for the climate change movement, as the world finally seems to be sitting up and taking notice.

Millions have gone on strike around the world, as environmentalists demand actions from leaders.

The only other occasions where climate change was comparatively searched was in June 1, 2017, when President Donald Trump announced that he intended to withdraw from  the Paris Agreement and December 2015 when countries were meeting in Paris to draw up the agreement in the first place.

According to Google Trends’ publicly available data, a recent spate of global events has been responsible for raising awareness and rousing people’s curiosity around global warming and environmental implications.

In fact, with the U.N.’s Climate Action Summit being held on September 23, a record number of events around the climate crisis were planned ahead of the summit in order to send a powerful message to participating global leaders.

The event that made the most noise was undoubtedly the strike led by the 16-year-old Swedish activist GretaThunberg, with more than 150 countries participating in events scheduled to coincide with her rally.

Google statistics indicated that it recorded a clear spike in climate change searches on September 20 that also marked the day Thunberg inspired millions to march in the streets demanding action against global warming.

News corporations like CNN and MSNBC also held climate change forums for presidential candidates to speak on matters of climate and environment.

And the U.N.’s Intergovernmental Panel on Climate Change released a landmark report that detailed climate change’s impact on ecosystems, wildlife, and humanity.

Do you think there is enough awareness about the implications of global warming? Share your thoughts in the comments section below!