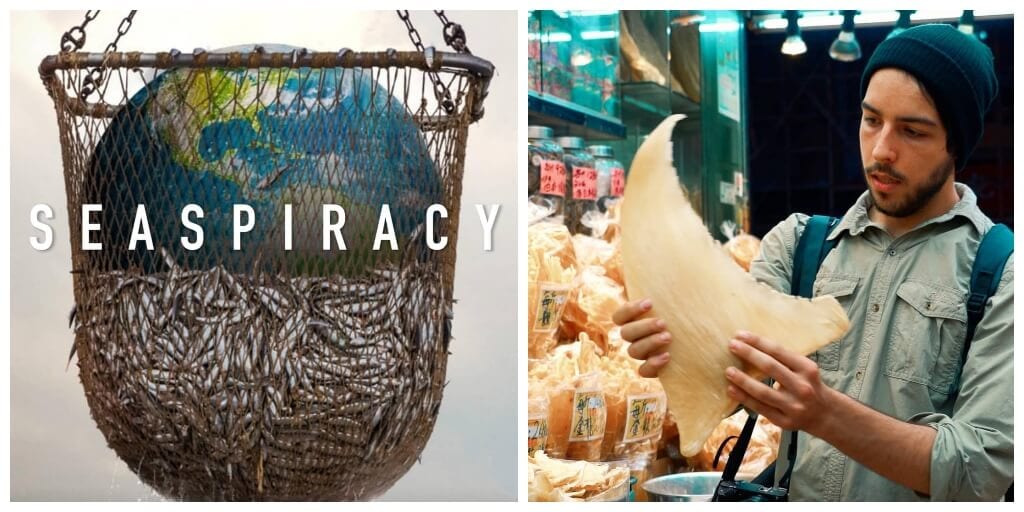 The Crowdfunder campaign is a means to amplify the ocean-conservation message and ‘demand world leaders to do the right thing; a demand to become the stewards of the oceans they claim to be’.

Ali and Lucy Tabrizi – directors of the hit Netflix documentary Seaspiracy – have launched a Crowdfunder campaign to ensure the awareness generated by their film goes on to create lasting systemic change.

The couple announced a Crowdfunder on World’s Oceans Day to encourage more people to call on world leaders to enforce ‘No-Take’ marine protected areas in at least 30% of the world’s ocean by 2030.

The film about the fishing industry’s role in destroying sea life and the oceans has been an eyeopener and a petition set up by the Tabrizis in April has garnered more than 770,000 signatures.

It called on George Eustice, the Environment Secretary, to create and enforce “no-catch” zones to protect vulnerable wildlife and allow their ecosystems to recover and rebound in a meaningful way.

Oceans are not protected

Speaking to PA news agency, Tabrizi said: “One of the core things we need to do is protect large areas of our ocean, and the most scientific, evidence-based, realistic goal is to protect 30% of our oceans from industrial fishing by the year 2030.

“And the reason why we say industrial fishing is that there are marine protected areas around the world.

“Unfortunately, they are more like paper marine reserves, they don’t actually do anything because they still allow extraction.

“So even though in the UK we have a number of marine protected areas if you look at the number that are actually protected from the leading threat to those areas, it’s 0.00002% of UK domestic waters are protected.”

He added: “It is absolutely pathetic.

“I mean, in Canada, I think they have something like 14% protected, but when you look into it, it’s really none of it is protected.

“And this is where most of the wildlife is, most life on earth is in the oceans, we need to protect these ecosystems, and yet they’re not protected.”

According to the Tabrizis the Crowdfunder campaign will not only allow them to amplify their message but also ‘demand to world leaders to do the right thing; a demand to become the stewards of the oceans they claim to be’.

The new explosive international campaign will manifest in the form of huge awareness-raising stunts.

People are encouraged to chip in what they can to support the creation of billboards, airplane banners and other eye-catching publicity stunts, which will help empower the team to keep their message at the forefront of environmental action.

People are also being encouraged to send video messages asking world leaders to take action, which we will be blasted onto huge landmarks as part of the new campaign.

The campaigning, which begins at the G7 Summit in Cornwall, England on 11 June will continue to sustain pressure on politicians around the world all the way through to COP26 in Glasgow, Scotland, in November this year.

At the time of writing, the Crowdfunder has already raised £30,661.

You can find out more about Seaspiracy’s Crowdfunder campaign here.

Share this story: Seaspiracy filmmakers launch Crowdfunder to ramp up pressure on world leaders to make 30% oceans ‘no take zones’ by 2030.