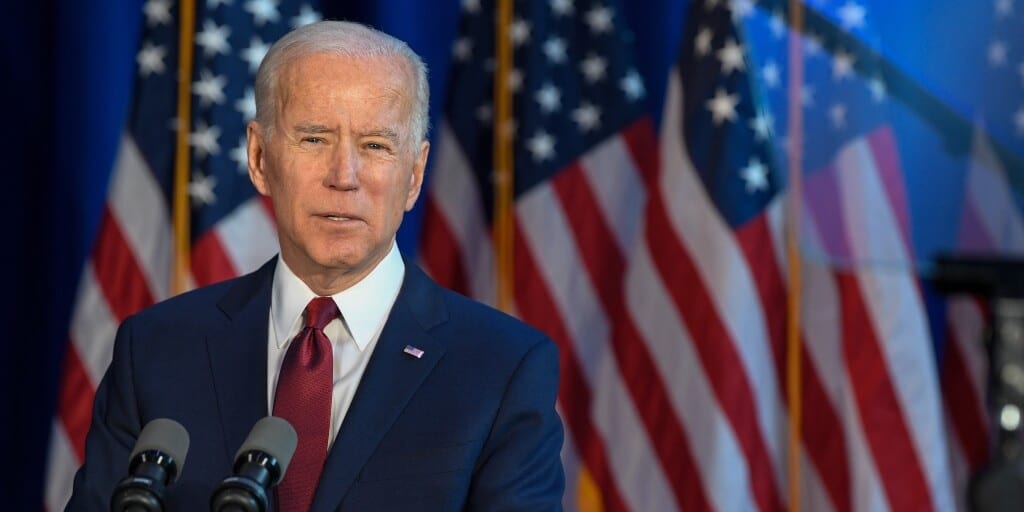 “The last thing our oceans need is more fish factory farms leaking pestilence, parasites, and pollutants into the water.”

Anderson teamed up with vegan charity PETA to send a letter to Biden asking him to revoke Executive Order 13921 – issued by the Trump administration to allow the proliferation of damaging and deadly offshore fish factory farms.

The request follows the Biden administration retracting many of his predecessor’s decisions that jeopardized wildlife and the environment.

Following on from Seaspiracy’s account of the detrimental effects created by industrial fishing, the letter spotlights the impact of fish factory farms, which not only promote the spread of parasites and disease, kill fish in horrible ways, pollute surrounding waters with antibiotics and chemicals, and also threaten wild fish and marine mammal populations along with the health of the ocean ecosystem in myriad ways.

The letter reads: “In issuing and implementing Executive Order 13921, the Trump administration made it clear that it was intended to reduce the burdens on commercial fishing operations, and it indisputably shifts the cost of planning for such operations to taxpayers and reduces regulatory review of proposed projects despite the extensive harm to fish and the marine environment.

“Your administration has already taken many actions to stay, suspend, or reverse Trump administration decisions that jeopardize wildlife and the environment.

“We commend you on those efforts and urge you also to revoke Executive Order 13921 to end this damaging policy in order to protect countless fish, other marine animals including birds, the sensitive marine environment, and potentially even human health from significant harm.”

“PETA is asking the president to protect our oceans and everyone who lives in or near them by pulling the plug on this reckless order.”

Since its release in March, Seaspiracy continues to garner rave reviews worldwide.

In addition, several celebrities, and organizations have plugged the film to their followers and even urged them to stop eating fish as a result. They include Bryan Adams, Lucy Watson, Kourtney Kardashian, Tessa Brooks, and Loren Gray among others.

Moreover, several retailers, food brands, and restaurants such as grocery chain Slowood, meat replacement company Schouten, and by CHLOE, have either stopped selling seafood or rolled out vegan alternatives.