SeaWorld offered $250,000 to end its cruelty on marine animals 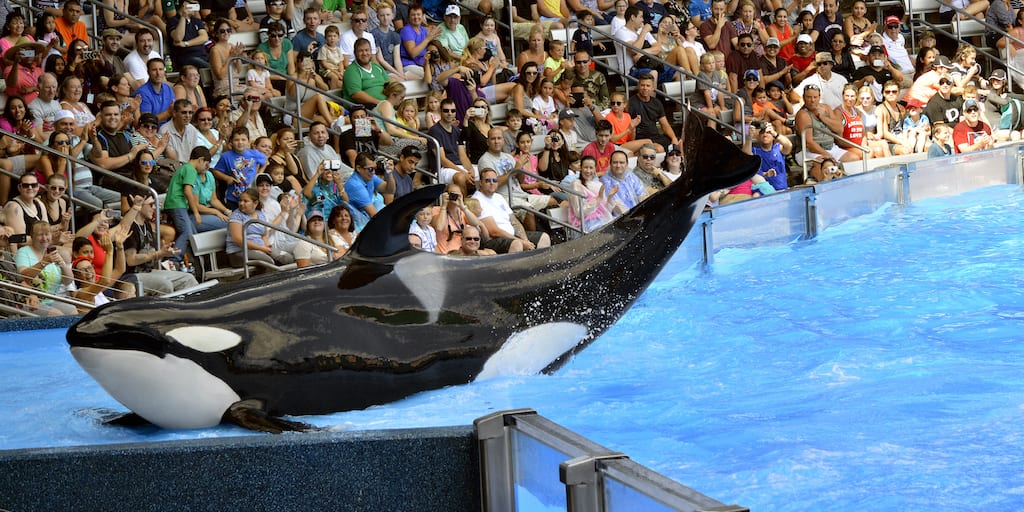 PETA has offered to pitch in a quarter of a million dollars to help the marine park build a seaside sanctuary to retire its captive marine animals.

SeaWorld has been consistently struggling to bounce back after being dealt with blows after blows related to its operations, cruelty to animals in captivity, employee safety and more all of which have made a huge dent in the park’s popularity and profits.

Now, the park is in major trouble with the company’s fourth CEO in the last five years resigning, parks being closed due to the ongoing pandemic and more than 90% of the staff being dismissed.

With the current turn of events, PETA has offered to contribute $250,000 if SeaWorld’s interim CEO Marc Swanson agrees to build a seaside sanctuary and release all of the park’s marine animals so that they are no longer subjected to cruelty and exploitation.

In a statement, PETA President Ingrid Newkirk said: “This is SeaWorld’s moment to win back all the families who won’t pay to see marine mammals being deprived of everything that’s natural and important to them and trapped in concrete cells.

“PETA will pay up to get the ball rolling on a seaside sanctuary where orcas, other dolphins, and whales could finally dive deep, feel the ocean currents, and enjoy a more natural life.”

In  the letter to Swanson, PETA wrote:  “You have the opportunity to retire the marine animals in SeaWorld’s concrete cells and make the park a modern family attraction.

“In a seaside sanctuary, these wonderful, complex, emotional, and intelligent animals could finally be able to dive deep, feel ocean currents, and live as they should, all while receiving care, food, and veterinary support.

“This is your moment to do the right thing and win back hundreds of thousands of families who now steer clear of what they rightly perceive as abusement parks.”

The animal rights charity added that several other marine parks were already “moving away from the use of animals as living amusements,” and cited examples of the US National Aquarium and The Whale Sanctuary Project preparing to transition several marine animals into more natural surroundings.

‘PETA for the win’

PETA’s proposal to SeaWorld has been highly appreciated on social media with several hoping SeaWorld would finally do away with its animal exploitation.

“This is amazing news. I hope that they take this deal. No one has ever given free money to help SeaWorld in this fashion. It’s almost too good to be true but I believe it to be this time.????,” wrote an Instagram user.

“SeaWorld is not kind to animals whatsoever. In their grounds many orcas, dolphins, seals, fish and other marine life live miserable lives!!!! Time to end this senseless cruelty,” commented another.

“@seaworldsandiego take the money and save these animals lives!!! Stop torturing them! They aren’t out here for your entertainment and to make money off of! @seaworldorlando @seaworldtexas,” added a third.